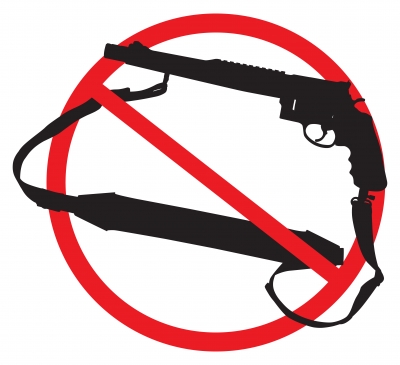 CCNY says “no” By Helene Werckmeister

The debate over gun control continues to be argued in the Congress. And the recent Boston Marathon violence has made the discussions even more intense. The newest fight involves whether college students should be allowed to carry guns.

In New York – as in 21 other states – students are forbidden to carry any guns on campuses. This is not the case everywhere. According to The National Conference of State Legislature’s website, in 23 other states, such as Pennsylvania, the decision to ban or allow concealed weapons on campuses is made by each college or university individually. The last five states – Colorado, Mississippi, Oregon, Utah, and Wisconsin – have provisions allowing the carrying of weapons on public postsecondary campuses.

CCNY students think guns at school would make violence worse. “If people could carry guns here, no…that’s not a good idea,” says Djordje Janicijevic, a theater major at City College. “Someone is upset for instance, then he wants to shoot everybody !”

“Everybody would respond with guns!” adds Tarrik Thomas, a sophomore. “Using guns to fight guns is an absolute nonsense. “Everybody would feel frightened. They are simply dangerous.”

A few days after the bombing in Boston at the marathon, people are even more on edge. After recent testimony from victims of last fall’s Sandy Hook massacre, 68 senators voted to finally debate gun legislation, including a bill that would expand background checks for gun buyers in the U.S.

Still, some politicians insist that only guns can protect people from other people with guns. Indiana republican senator Jim Banks, wants to pass a bill, which would allow college students to carry guns around campuses. According to him, this would help to protect women from sexual assault. A group called Students For Concealed Carry agree. They believe that legal concealed weapons on campus are an “effective means of self-defense.”

What do CCNY women think? “Well… as a woman… If you walk and leave the campus late and that it’s dark.., maybe a taser could be a solution,” says Chastity O., a student at Sophie Davis Hall. “But guns or anything, no.”

Sums up Thomas: “We should learn to protect ourselves without guns, at school.”