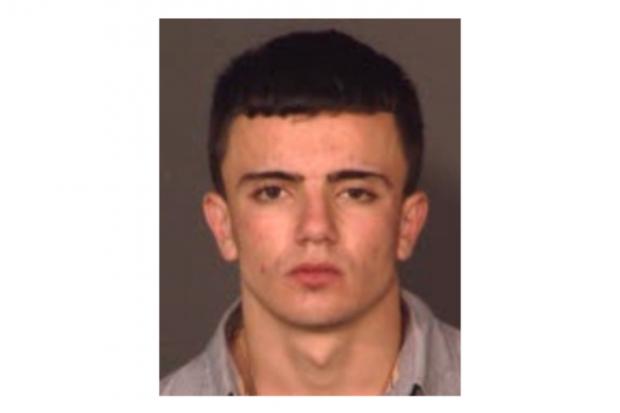 If you were held up on the ABCD trains or saw those helicopters:

A Harlem teenager arrested for an alleged string of chain thefts escaped custody Tuesday. Authorities were taking Vincens Vuktilaj from his Hamilton Heights home in the morning when he suddenly broke free and fled into the 145th Street Station, apparently hiding in the tunnels.

Service on the A, B, C and D trains was suspended between 59th and 145th St as police searched for Vuktilaj. The 17-year-old reentered the surface world from the 135th St Station around 3:30 p.m., hiding under a car. Authorities soon rearrested him.

“He ran under a car, and [cops] dragged him out,” a 14-year-old girl told DNAinfo. The Central Park West lines slowly resumed service around 1:00 p.m., during the search.

Vuktilaj has been charged with assault and escape, in addition to charges stemming from another arrest May 3rd. That arrest was for two chain snatch thefts in The Bronx. Overall, he is suspected of having approached five women in April, either grabbing or attempting to grab their neck chains before fleeing.

Read more about this story here.

Man Shot In The Face Dies

A man found shot in the face in a building lobby Thursday evening died of his wounds. Twenty-eight-year-old Michael Lewis was discovered at 80 E. 110th Street around 10 p.m. Authorities rushed him to Mount Sinai Hospital, where he was pronounced dead. Officials have no leads in the case.

The  “Harlem Shake” plywood construction sign is no longer at its 124th Street/Lenox Av location. However,  as the Harlem Shake restaurant prepares to open in its place, the iconic shed isn’t headed to the wood chipper.

“We thought this was a piece of art,” ‘Harlem Shake owner Jelena Pasic told the Daily News Monday. “We didn’t want it to go to waste. . . . I’m sure the kids will like it.”

To that end, Pasic had the sign donated to the nearby Wadleigh Secondary School For The Performing And Visual Arts. The school gladly accepted the piece of art and plans on using it for a set in an upcoming play reminiscent of West Side Story. It will also be used for poetry slams.

“This will be a nice addition to put into the play,” Wadleigh principal Tyee Chin said. “We’re excited about it.”

Today, the CCNY Orchestra will be holding its annual Spring Concert. The event will feature works from artists such as Verdi, Gregory Munna and Beethoven. The show starts at 7:00pm in Aaron Davis Hall. Call 212-650-5411 for more information.

There will be a physics colloquium held in the Marshak Science Lab, featuring Stefan Strauf, an associate professor from the Department Of Physics And Engineering. The event runs from 4-5:oopm. Call 212-650-5516 for more information.