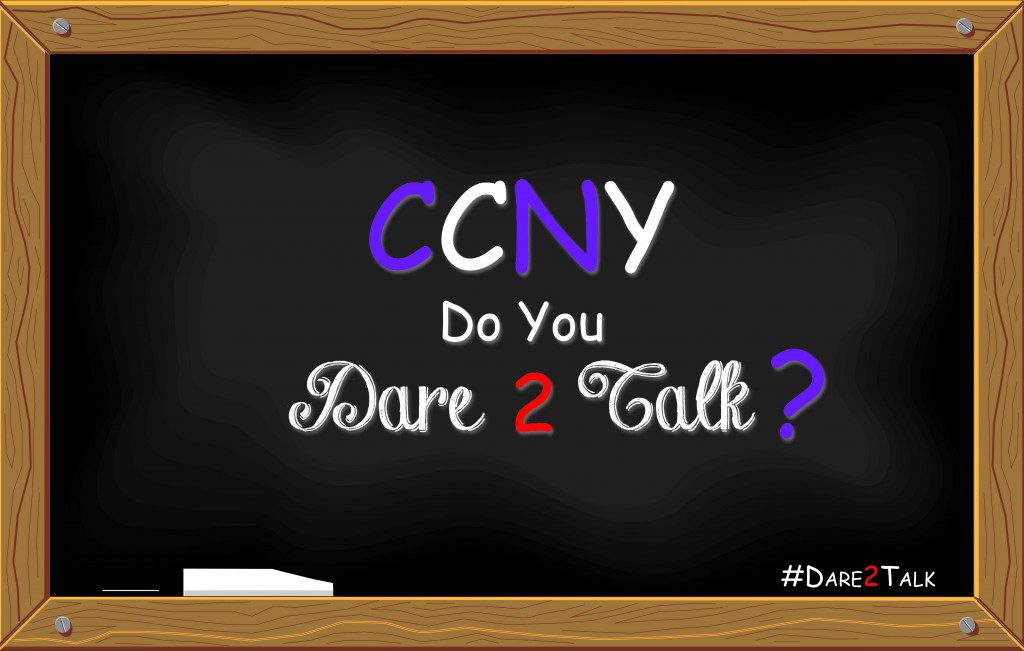 The City College of New York prides itself as one of the most diverse universities not just in New York City, but in the entire country. With such a large student body comprised of people of many different cultures and faiths, it’s safe to assume that the majority of CCNY students are religiously tolerant. Wrong. While students may claim to be tolerant of people of other religions, they run at the first sign of a religious conversation.

Seniors in CCNY’s Advertising and Public Relations program in conjunction with The Boniuk Center for Religious Tolerance at Rice University set out on a mission to promote religious tolerance across college campuses. Student-run communications team Spectrum Group found the task to be much more difficult than they thought. “It was confusing,” says Zulay Santana, CCNY student and Spectrum project manager. “We assumed that CCNY students would already be religiously tolerant – given the diversity of the student body – but we were mistaken.”

A survey of 200 CCNY students conducted by Spectrum revealed that although the majority of students perceive themselves as religiously tolerant and claim to be comfortable engaging in belief-based conversations with their peers, this dialogue rarely occurs, “Students say they are religiously tolerant, yet shy away from speaking about their beliefs because they feel that religious conversations inevitably lead to conflict,” says Santana. “The majority of college students are part of the Millennial generation, who tend to be non-confrontational. Religion is a heated topic, so they avoid it.”

Despite their instinct to avoid conflict, the survey also found that CCNY students have a strong desire to share their beliefs and learn about the beliefs of their peers. Mike Pardee, Executive Director of The Boniuk Center, believes that this opportunity for belief-based dialogue must be utilized. “Religious traditions and personal beliefs — no matter how secular — can be key, core elements of people’s identities,” says Pardee. “The more we know about, understand, and learn to trust each other in these domains, the happier and healthier our societies will be.”

Though the opportunity for religious conversations exists at CCNY, the students are not prepared to initiate them. Spectrum Group is addressing this issue through a special event, “Dare to Talk.” “Our event will encourage students to exam their own beliefs, as well as the beliefs of their peers, through improv,” says Santana. “Exploring their own knowledge of religion, and learning how other students view the topic, in an engaging and creative activity will prepare attendees to initiate belief-based conversations without the fear of conflict.” “Dare to Talk” will take place on Monday, May 6, from 12:00pm to 2:00pm in the Hoffman Forum in the Hoffman Lounge in the NAC. All students are welcome to attend.