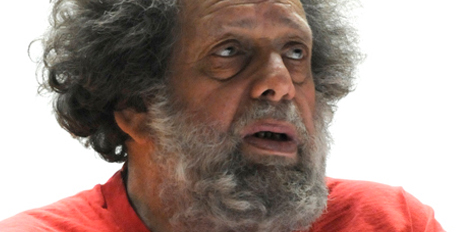 Marshall Berman, distinguished professor of political science at the City College of New York, has passed away. Click here to read his NY Times obit.

Berman died on Wednesday September 11th, 2013 as a result of a heart attack.  He was 72 years old. Educated at Columbia University, Berman would later earn a Ph. D. at Harvard University in 1968.

He taught a regular Marxist course at CCNY, which examined Karl Marx’s social thought, political activity, and responses to modern capitalism. Berman also taught political philosophy at the Graduate Center of the City University of New York. He was a regular contributor to publications such as the New York Times, The Nation, New Left Review, among others.

Another former student of Berman, Stan Lyubarskiy, says, “He was a man that was delighted to share his unbelievable expansive knowledge with the world.”

“The ideas and topics he discussed were complex but his presentation was genius in its simplicity,” adds student Eduarda Rosario. “He had such an endearing and approachable quality to him.”

A current student, Ralph Rodriguez, tells The Campus, “I was very sad and shocked to hear the news. I only had two classes with him, but he seemed to be very passionate about what he did.”

Student Sagar Sharma says, “Though I never had a class with Professor Berman, all of those that did never stopped singing praises about him. I respect that.”