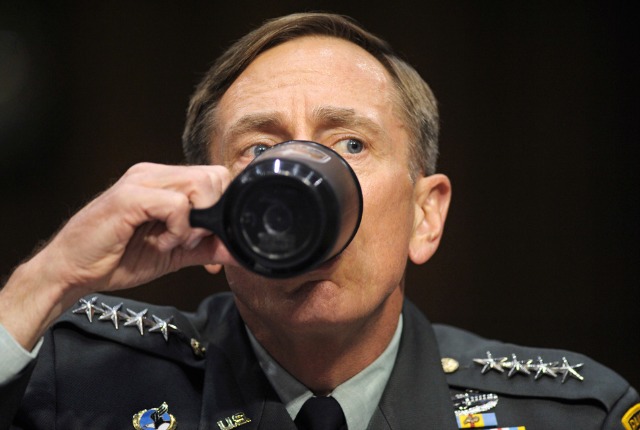 If you haven’t heard, yesterday was David Petraeus’ first day as a CUNY professor. University officials tapped the former CIA chief to lead a course “that examines the developments that could position the United States — and our North American partners — to lead the world out of the current global economic slowdown,” per the general’s own words.

But after some CUNY students protested against Petraeus at the Macaulay Honors College-where he will teach-Monday to have him removed, citing his war history, we wanted to know what CCNY students felt about him teaching.

For the most part, students we spoke to seemed indifferent.

Except Christian Jones. “I don’t think it’ll be a good idea, because of all the things that he’s done,” the studio art major said after reading a pamphlet describing Petraeus’ reported conduct commanding American forces in Iraq and Afghanistan. “The whole controversy of it, I don’t think it would be a good idea for him to teach students, because it wouldn’t really go over that well.”

Major Green, an ROTC member, didn’t know Petraeus was teaching. But he saw no problem with it. “If he’s qualified, what is the issue?” Green asked. “Everyone’s allowed to have an opinion. That’s why we live in America, and defend it. So people can have an opinion.”

Though he tried playing Devil’s Advocate, Tousif Ahsan was also fine with Petraeus. “I can understand why a lot of other people are very upset that he’s teaching,” the NYPIRG member said. “I can understand that a lot of people associate him with acts of war, acts of violence. That is his career. He is a career military man; he”s a career general.”

“I, however, think that he’s someone who has a lot of expertise. He’s very knowledgeable about his field.” Upon finding out that Petraeus was teaching a class about America’s future challenges, the international relations fan became excited.

“Now that I know about this, I feel this is a class that I really want to take. I feel like, even if you have to disagree with his beliefs, he’s a very knowledgeable person, very smart. [He] had to have been to have the position he had for all those years, and [I] think that we have so much to learn from him. I don’t think that banning him from this school is a necessary step to take.”

“I think he should be allowed to teach,” added Dwight Jones. “It doesn’t mean he’s necessarily pushing his doctrine on anybody else.”