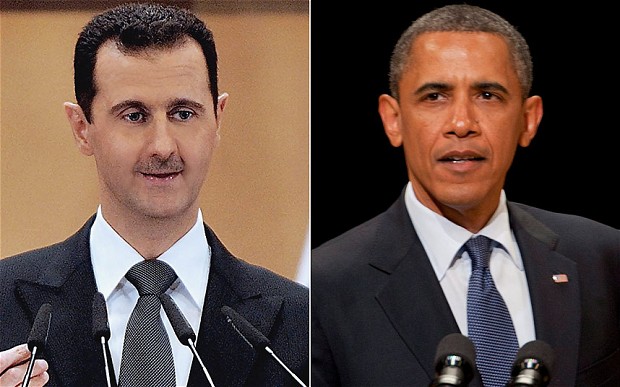 For many, the cycle of war seems far from over.

Last month, President Barack Obama called on Congress, to vote on whether or not the United States should initiate military strikes against Syria. Last night in a televised address, he changed tactics and informed the country that he will first pursue diplomacy before moving ahead with military action.

The national conversation on Syria comes after the country’s dictator, Bashar al-Assad, used chemical weapons that claimed the lives of numerous men, women, and children. (Click here  to read evidence of Syria’s use of chemical weapons from Human Rights Watch.)“What message will we send if a dictator can gas hundreds of children to death in plain sight and pay no price?” says Obama.

Many CCNY students have mixed feelings about continued tension with Syria and a possible U.S. strike.

Senior Angela Choi says, “I am against the military intervention because the United States has been in war for the past 10 years with Iraq. We need to start rebuilding America’s economy and help our people first before we help others.”

“I think many people have good arguments for and against military intervention in Syria”, says student Sidra Khan. “But, I think that we should take action because the use of chemical weapons is unacceptable.”

Student Mohammed Alam says, “In essence, I do support intervention. A limited military intervention could possibly disable the regime’s ability to continue murdering its own people, as for the fallout, that is unpredictable as these matters tend to be.”