Today voters will choose candidates in the most talked-about, debated and drama-filled mayoral primary in New York City history. Do you part and vote. Yes, the City still uses the old-school machines.

Who should you vote for? In this year’s race, chances are high that a Democrat will be the next mayor. Here’s our take on the top three:

Bill de Blasio, the current public advocate leads in the polls. His campaign ads have focused on his biracial family, and his son, Dante, has made a splash with his large afro and passionate support of his father. De Blasio has been vocal against stop and frisk and is CUNY’s biggest supporter. The most progressive, his “tale of two cities” rhetoric, focusing on income inequality has resonated with voters.

Christine Quinn, the speaker of the City Council, was widely favored early on, but her star has fallen recently. Poll respondents complain about her abrasive personal style and her support of Mayor Bloomberg’s controversial third term. She is arguably the most seasoned of the bunch and would be New York’s first female and lesbian mayor.

Bill Thompson, former comptroller of New York, is the race’s sole African-American candidate. He came thisclose to beating Bloomberg in TK, but hasn’t shined in mayoral forums and debates. But he does live in Harlem.

The race for comptroller, the city’s chief financial officer, is down to the wire. Your vote in this race matters. Here’s what the match up looks like:

Scott Stringer (below, left), the Manhattan Borough President, had the race sewn up. Until Eliot Spitzer jumped in late in the summer. The hard-charging former governor was brought down by a prostitution scandal and forced to resign from office. Stringer is seen as steady, even and a safe choice–but an honest one. 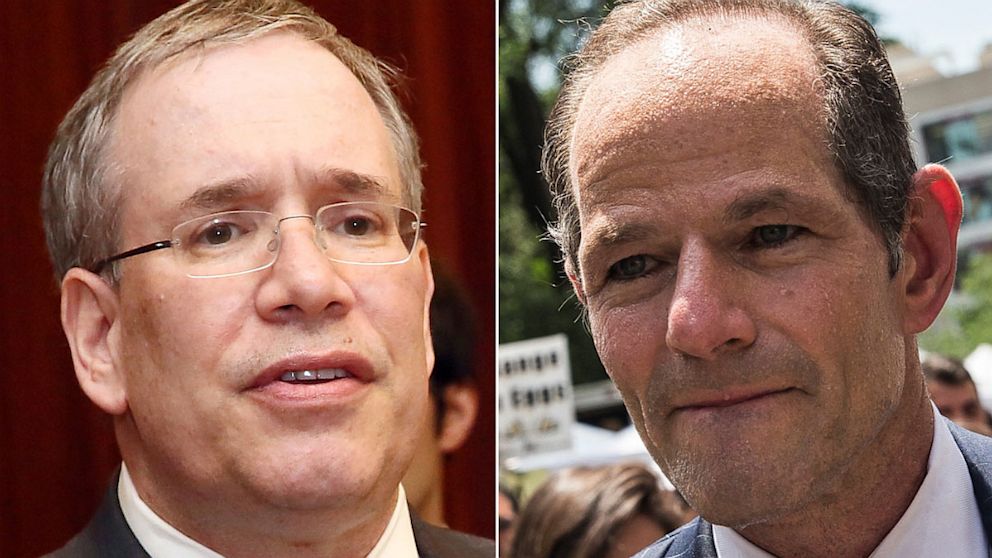 For more, see the current print issue of the Campus. To find out where to vote, click here.