Comic Con is a yearly event where the best of movies, comics, videogames, pop culture costume play and more are all gathered under one roof. This year was no different. Many attendees came in dressed up as their favorite characters from the entertainment genre here to see what Comic Con had in store for them this year. If is safe to say that this year, New York Comic Con was at its biggest yet.
One of the biggest attractions within this convention is AMC’s The Walking Dead. The main cast of this show had a public panel where they talked about the show as well as answering questions from the audience. This is a great panel to watch if you can get in. Since this is one of the more popular events of the show, thousands of people line inside the Javits Center to see it. If one can’t get in, there is a projection that shows a live feed of what’s happening. The Walking Dead creator Robert Kirkman also made an appearance at the show signing autographs, taking pictures with fans and more. Three FX shows made their first appearances at this year’s con. Archer, The League, and FX’s upcoming animated Series Chozen made their New York Comic Con debut. All Three shows had the actors / voice actors and creators here at the convention.
There wasn’t a large presence of videogames this year compared to last year. At the Capcom booth, they had games such as the upcoming Strider playable to the public which is slated for a 2014 release. They also had the Duck Tales remastered title playable as well. Elsewhere Dungeon Defenders 2 was playable on the show floor which caught me off guard. This was the first time that Dungeon Defenders 2 was shown to the public. This game is still in Alpha build so we will have to wait a little while longer to play the full game.  Surprisingly, there was only one next generation game shown which was Killer Instinct. There was a tournament going on throughout the con where people would wait online and hope to get picked to play this game.  Many were frustrated for not being picked regardless of being first in line.
There were many actors / actresses which had autographing tables. Futurama’s Billy West and John DiMaggio made an appearance at the show. Patrick Stewart, William Shatner, David Duchovny, Gillian Anderson were here as well just to name some more. One actor that many people had complaints about was Sylvester Stallone. The main reason for this was the fact that he was charging 400 – 450 dollars for a picture / autograph. This was one of the biggest letdowns for so many attendees at the convention.
The Artist Alley is another focal point where many comic artists meet their fans, do commissions and sell their artwork. Artist Alley had artists such as Adam Hughes, Frank Cho, Cliff Chiang and many more. Artist J.Scott Campbell had his booth on the main floor this year and not in Artist Alley.
Lastly there is the cos play. This was my third year at New York Comic Con and to me I saw more people dressed up in costume than people with normal clothing. There were so many people taking pictures of costumed folk. It even escalated to the point where crowds gathered taking pictures of costumed characters for many minutes clogging entrance ways. I speak from personal experience where I myself had to be in a pose for the longest 2 minutes ever. People kept coming in and out taking pictures. It was an ongoing cycle but I have no complaints because it was really fun.
Rating New York Comic Con this year is an easy one, I give it an A. If you have always wondered what it is like, I highly recommend you to go next year. This is one of the best events of the year and since it is in October, this is a four day pre-Halloween party. Coming to this dressed up easily multiplies the level of fun one could have. This is a must see. 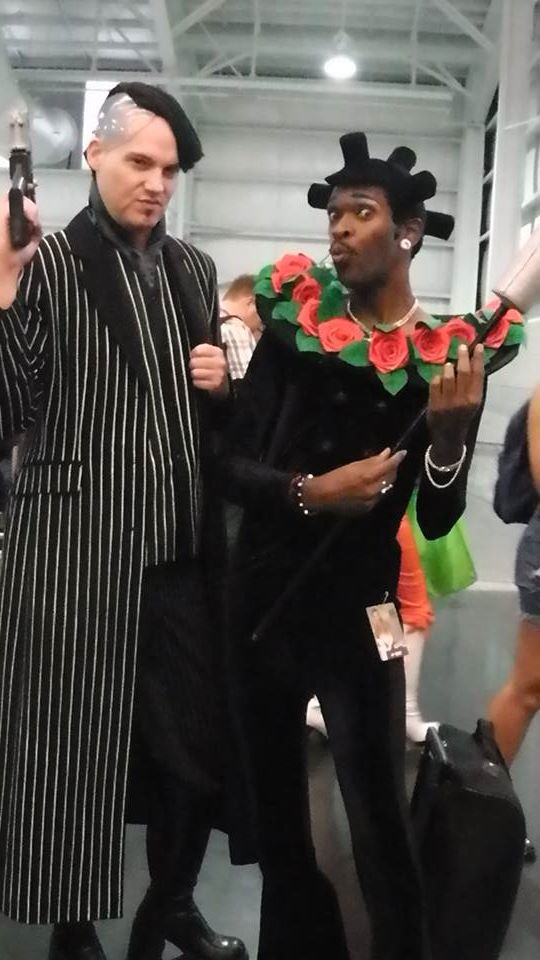