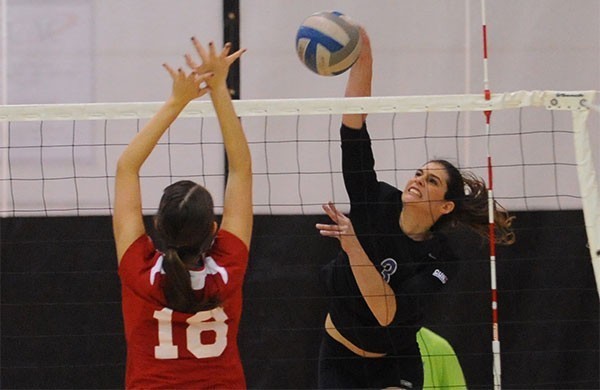 They started at the bottom, learned and progressed, and now they’re here.  Not exactly on top, but not exactly on the bottom.  In short, there’s progress happening on the court in Nat Holman.

Although an 8-14 record may not be exactly what the Lady Beavers were hoping for at this point in the season, there’s more to their performance than simply being six games under the .500 mark.

Especially when that 8-14 overall record is good for fourth in the CUNYAC while their 3-4 conference record puts them at sixth.

After an opening month that saw the CCNY Women’s Volleyball team go 4-9, CCNY is 3-3 in their matches in the month of October, riding a two-game win streak going into this weekend’s tournament at Hartwick College in Oneonta.

Leticia Marotti leads the CUNYAC in kills , averaging just over three a set, and is ninth in the conference with a .230 hitting percentage.

The Lady Beavers have a chance to break the 10-win mark if they can beat both host Hartwick College and the Lady Pioneers of Utica College in Friday’s tournament opening doubleheader.  Both Hartwick and Utica have tallied just seven wins on the season.  Hartwick has dropped their last two matches while Utica has lost three of their last four going into this weekend’s tournament.  The Lady Beavers will also take on SUNY New Paltz and SUNY Oneonta in Saturday’s doubleheader portion of the weekend matchup.

If CCNY can manage to pull off three wins of the four matches slated for the weekend, they can match their overall 11-win total from last year, marking significant progress for a program that has struggled for a combined 19 total wins since losing to Baruch College in the CUNYAC semifinals in 2010.