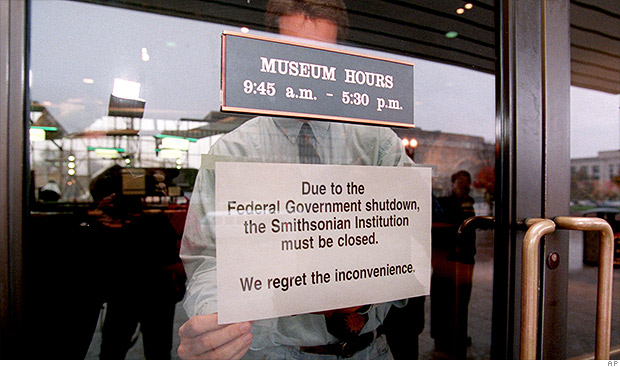 As of 12:01 am Tuesday, the U.S. government is officially shut down, a casualty of a Republican House unwilling to come to terms with a Democratic Senate over the Affordable Care Act-otherwise known as “Obamacare.” Until both sides can come to an agreement, all “non-essential” government agencies like the National Park Service and Environmental Protection Agency are out of commission. CCNY students had a mouthful to say on Washington’s gridlock, expressing anger at the GOP and questioning our capitol’s priorities.

“It’s symbolic of the state of government that we’re in where the party that lost the presidency, the Senate and the House last election by millions of votes is able to shut down the government, [and] rant about unemployment while putting 800,000 people out of work overnight by simply acting like children,” says Lawrence Vulis, a freshman.

Vulis sees the Republicans as spoiled crybabies. “[They’re] literally acting like children and saying, ‘Well, unless we get everything our way and you (the Democrats and Obama) go back on everything that you’ve tried to accomplish during this administration and retract Obamacare-retract any sorts of reforms-we’re gonna shut down the government.’”

The fact that the D.C. boys will still collect checks while many government workers are on mandated, unpaid vacation didn’t sit well with Terance Podolski.

“That only highlights the priorities of our own government. Is our government really representative if they’re really taking care of themselves and their friends?” Podolski asked. He then pointed out how the shutdown keeps the U.S. military operating, but could care less about more people-driven sectors. “It just highlights the inequalities and the fact that our government is so blaringly corrupt that they’ll find money to bomb Syria, but then all of a sudden, our national postal service is bankrupt,” he added.

CCNYs ombudsperson also highlighted H.R. 676, a single-payer healthcare bill that would cover 50 million uninsured citizens, upgrade benefits and save the country $400 billion in annual medical costs. The bill was reintroduced into the House by Rep. John Conyers Jr. and 37 other House members this year, but has stalled.

“In the government shutting down, it’s actually just dieting,” says Tafadar Sourov, a media spokseperson for the Ad Hoc Committee Against the Militarization of CUNY. “It’s letting go of the features of it that working class people have died and fought for and retaining its bare military apparatus to keep its economic interests around the world protected.”

“We have Democrats and Republicans-two different blocks representing capital-fighting over how to represent capital, and in the process, they’re literally holding the entire polation of the country hostage.”