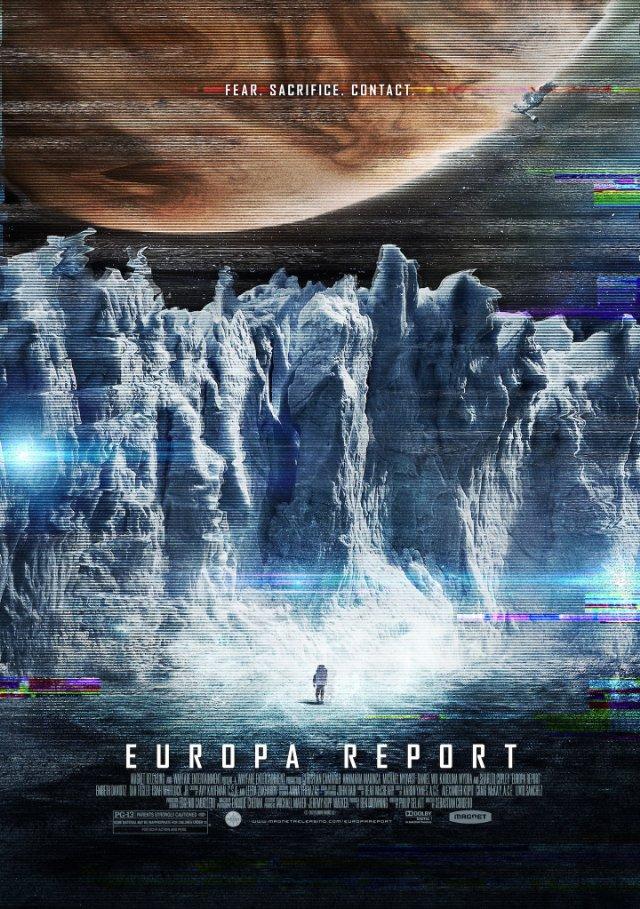 When a sci-fi movie achieves a certain degree of excellence I have special category of greatness where I place such films. Europa Report, the little known sci-fi film of summer 2013 is placed squarely in this special category.

Promising to take us farther than humankind has ever traveled; Europa Report takes us to a moon orbiting Jupiter where researchers believe there may be life. As a crew of scientists and engineers depart Earth they tread the well-worn path of many a space movie. Traveling to Europa, the crew have their squabbles, their celebrations, their successes, their letters and their videos made for loved ones on earth.

Then all lines go dead. They lose all contact with Earth. They have every possible gear malfunction imaginable, including a few mental and emotional ones. Director Sebastian Cordero permits this display of the usual psychological strains the typical sci-fi film character faces, but minimizes them. He does not rely on these typical factors to carry the film. The clichés become less and less apparent as the adventure of the actual mission intensifies.

Once the crew arrive on, Europa everything goes wrong. When characters we’ve become fond of start dramatically disappearing we realize this is not a story about the power of the human spirit’s ability to overcome all odds. This is intended as a realistic portrayal of a real mission, of what it would actually be like to venture to the far reaches of our solar system. For that, it is a stunning achievement.

While only costing 10 million dollars to make, this film transcends basic film devices. The Astronauts’ struggles to survive become incidental. Europa Report takes us past the mere human crusade of survival, arguably way past what we’re used to seeing in science fiction film conventions.