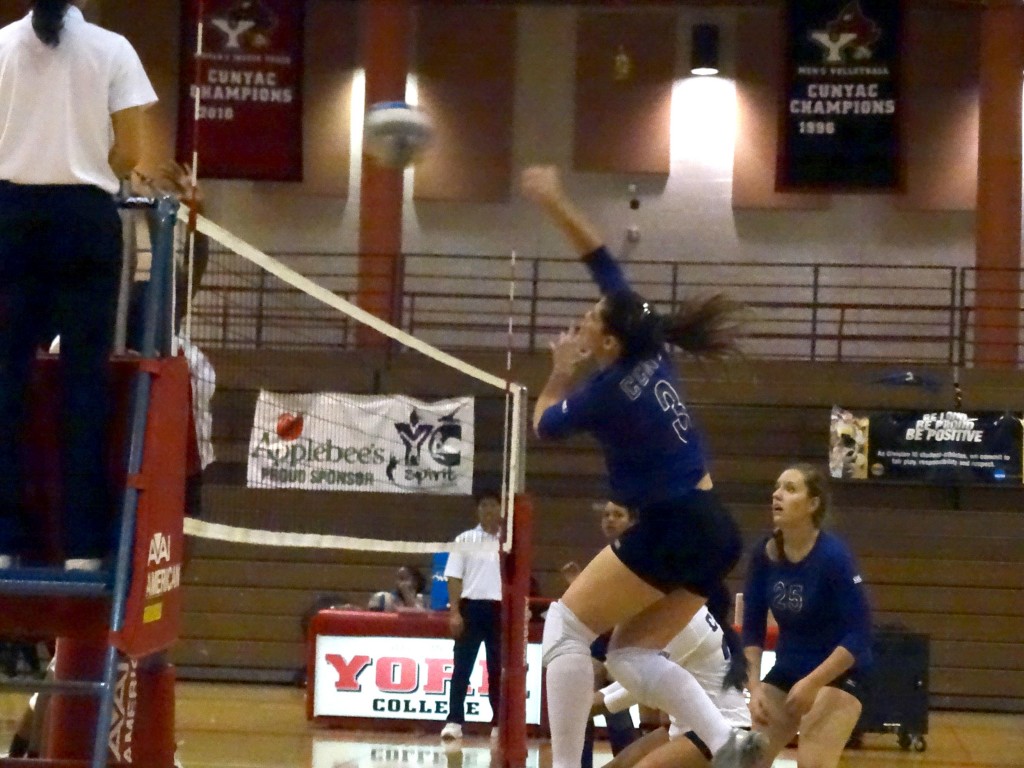 The win doesn’t have to be pretty; it just has to happen.

“This was a very huge win,” said associate head coach Daniel Crespo as he watched his team fight back from a tough loss against Lehman just two nights ago.  “This wasn’t big because it was a conference game, but big because they’re unpredictable.”

Coming into Thursday night’s game, York was a mere 1-6 in the season, having been swept in three sets in all six of their losses.  But that didn’t show Thursday night.

CCNY smoothly took the first set as junior outside hitter Leticia Mariotti opened the game with a hard kill between four York players to start the scoring for the Lady Beavers.  Mariotti would have a stellar night, leading CCNY with 17 kills on the night.

But after that first set, the Lady Beavers began to look a little sloppy, allowing York to rally back to win the next two sets almost easily.

“In the second set, they came out and played their game,” Crespo added.  “We struggled the sequence of protecting the serve.”

CCNY would give hints of a possible rally in the second set and third set, but in the end would fall 25-18 and 25-20 to York.

In the fourth set, the Lady Beavers took an early 4-3 lead, and held onto several rally attempts by the Lady Cards as CCNY held onto a three point lead throughout most of set four, eventually winning it 25-20.

“They’ve been practicing very hard.  Today they rallied around one another which is very huge.  It’s a huge step in the right direction,” said Crespo.

“Because we put in the hard work, we were able to win,” Mariotti added after the game.

Joanne Ling added in nine kills on the night while Victoria Del Toro had 26 assists.