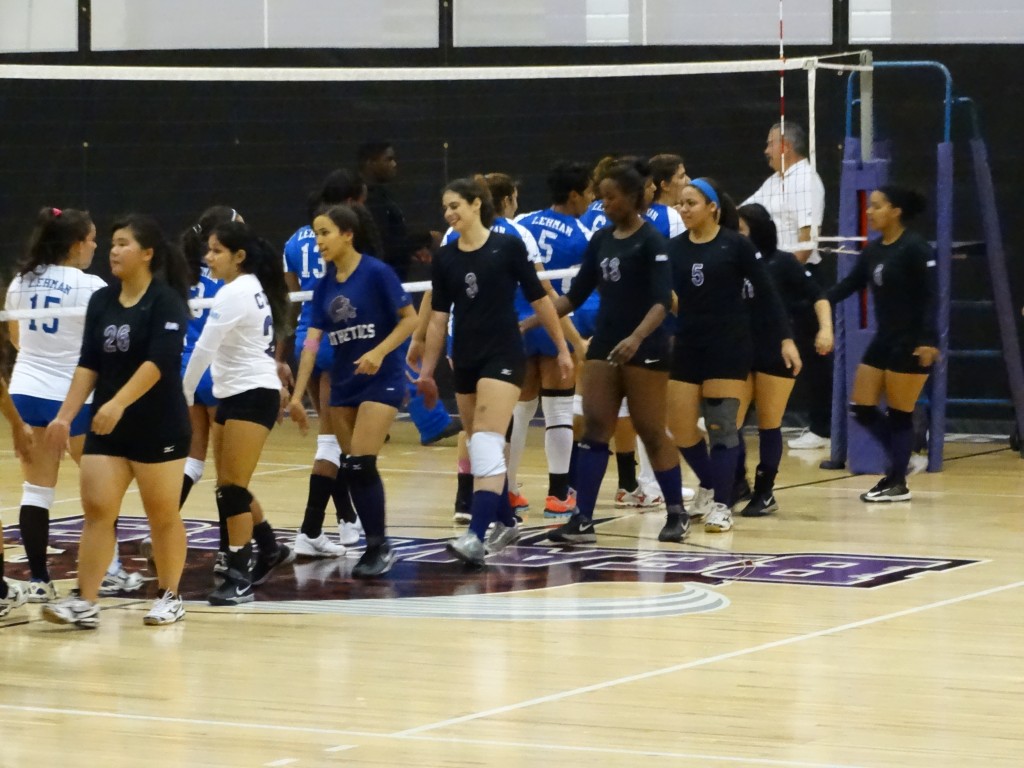 If the hopes were high for the CCNY Women’s Volleyball team following their split doubleheader last Saturday, Sept.14, winning 3-1 against the College of Staten Island and losing to Hunter College 1-3, then lightning struck the Beavers Tuesday night as they fell 3-0 (15-25, 15-25, 19-25) to the Lightning of Lehman College at Nat Holman Gymnasium.

“This might be the best team in CUNYAC,” said associate head coach Daniel Crespo after the game. “They’re very balanced, they can pass, very fast very quick hands of a setter.  #5 for Lehman was phenomenal. That’s going to be the game changer for them.”

The Lightning got off to a quick jump in the first set, taking a commanding 14-3 lead before CCNY used their first timeout.  The timeout would not stop the lightning storm as Lehman took the first set 25-15.

After Lehman took the second set by the same score, CCNY began to rally back in set three, opening with a 2-0 lead after a service ace by Victoria Del Toro and an attack error by Lehman’s Gonzalez.

Both teams would trade points back and forth throughout most of the third set that saw 10 tie scores with five lead changes all the way to 16-16.  But after an attack error by Del Toro tied the game at 16, Lehman took charge, taking the lead on a kill by English and back-to-back aces by Aquino to go up 19-16.

CCNY rallied back to trail by one, 20-19, however four aces followed by a kill by Leticia Mariotti sealed the Beavers loss.

“We’re still learning.  Everybody on this team here has improved, but there’s still a lot of room for improvement.  This may be one of the few games where we just struggled to get rhythm. Even though we’ve had some tough losses, we’ve won some other games and we’ve just struggled closing it.  But this one here is just one game,” Crespo added.

“We need to get better at doing the little things that not just allow us to be competitive, but also to stay in rhythm.  We get back to those things, we’ll be fine.”