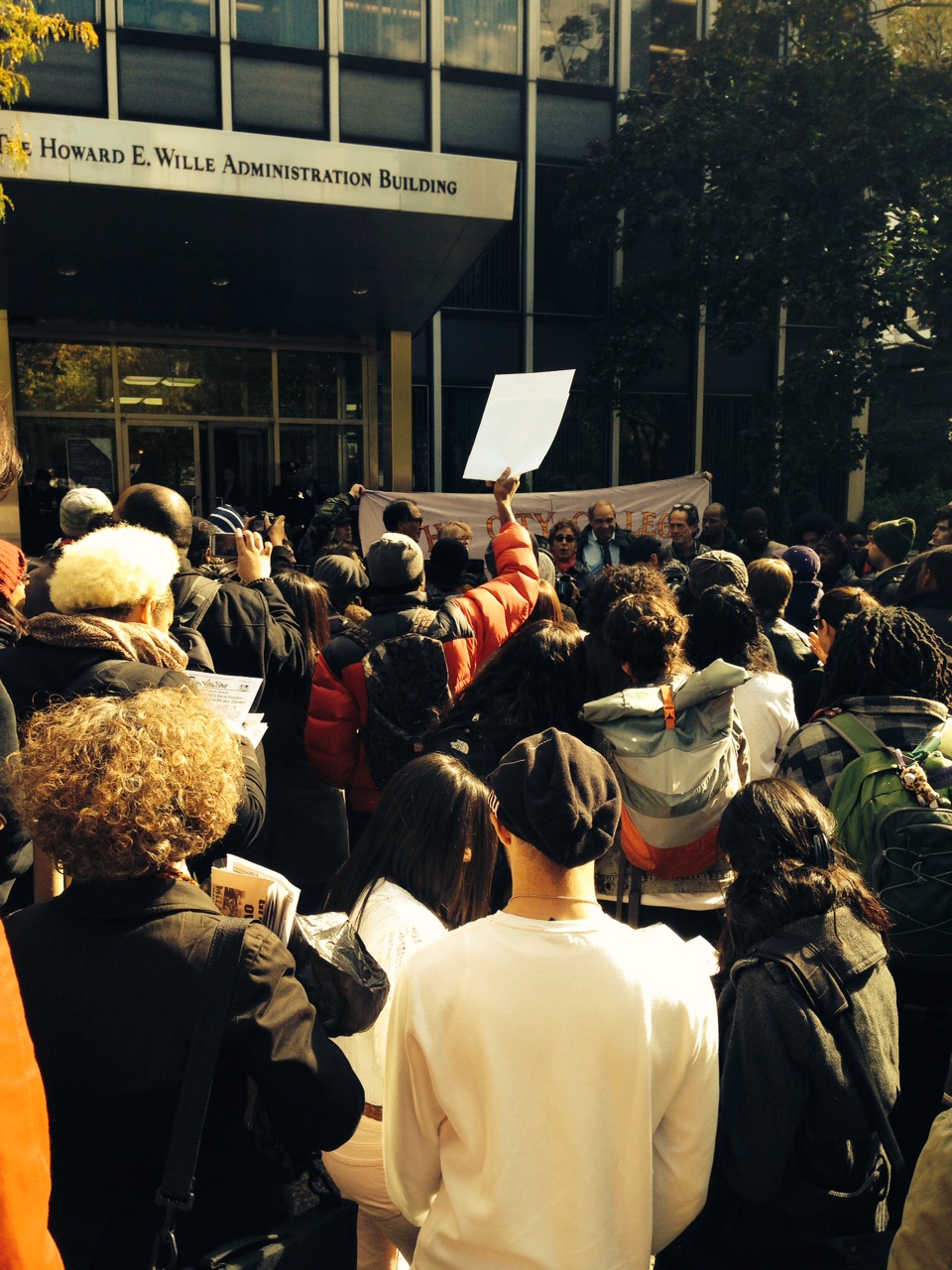 For several years now, the social relations of CUNY have been transforming in a way that can be characterized by one word: militarization. This is evident in events such as students being beaten and arrested by CUNY public safety on November 2011 during a Board of Trustees meeting, or the FBI spying on Muslim student organizations. Since the start of the fall 2013 semester, students and workers in CUNY have formed a united front to challenge militarization by protesting the return of ROTC to campuses and David Petraeus teaching in CUNY. The actions of this united front have led to an exciting development that has changed the entire terrain of struggle, as well as opened up many new revolutionary possibilities for the direction that struggles in CUNY will take.

To understand the present situation in CUNY, I will take the reader from the general to the particular level

On the general world scale, the US is a dying superpower. Its hegemonic domination of much of the world as the lead imperialist power since the end of World War II has come to an end. It exposes its true colors as an empire as it grabs around wildly to hold onto the last vestiges of its long time dominance of the globe, starting conflicts left and right. The strike on Libya, its current involvement in Syria, military conflicts in Africa and Asia and the rest of the world are examples of this phenomena. As all of this is happening, domestic control is an issue that faces the imperialist ruling class. 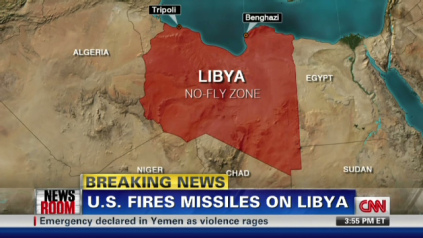 The General Domestic US Situation:

One of the major ways in which the imperialist state reproduces its power is through the repressive state apparatus; this is the army, police, courts, prisons and other institutions through which the state exercises its monopoly on violence. As US imperialism is struggling to survive on the international scale, militarization is experienced within its borders and it transforms more and more into a police state. Police departments are being equipped with military grade weapons under the cover of fighting the racist war on drugs. The US-Mexico border is being manned by the army and mercenaries, with drones patrolling the skies above. Whistleblowers have revealed that everyone from the average US citizen, to heads of state of sovereign nations are under the watchful eye of US intelligence agencies. The repressive state apparatus will continue to consolidate its hold over society in order to stifle internal dissent, and it is within this context that the militarization of CUNY is occurring.

The Particular Phenomena of Militarization in CUNY:

What is the role of the university, such as CUNY? It serves as the other major way in which the imperialist state reproduces its power; through the ideological state apparatus. Institutions such as CUNY are where the ideology that legitimates the power of the ruling class is reproduced, and thus schools are a site of class struggle. One such example would be David Petraeus coming to teach the imperialist agenda in CUNY[1]. A decade of fighting and loss has left the whole country weary of war, and figures such as Petraeus are needed to legitimize the US’s ongoing imperialist agenda. ROTC is being reintroduced onto campuses in order to rebuild the officer corp for an army that has seen a long decade of imperialist war, looking to use CUNY to add more black and brown faces to its ranks.

When students and workers decided to protest his professorship in CUNY, one moment in particular changed the entire character of social movements in CUNY. In early September, the RSCC led students as we confronted Petraeus directly while he walked to his car after class, calling him out as a war criminal and an imperialist[2].The video of them doing so went viral and instigated an immediate reaction, inciting violent threats against the students. By confronting a public figure who had commanded some of of the highest posts of imperialism, we punctured the ideological layer of the social superstructure, introducing an ideological form of a future where the masses directly hold public figures accountable. Essentially we introduced the revolutionary future into the reactionary present. At this moment, a rupture was made from flashy demonstrations and pickets inside police controlled barriers, escalating the level of struggle to directly humiliating and exposing symbols of authority who represent the entire imperialist-capitalist system of exploitation and oppression.

Around the end of October, the Morales Shakur Community Center in the City College of New York was raided on the order of authorities high up on the CUNY bureaucracy. The RSCC strongly believes that this was in retaliation to the protests against David Petraeus, which gained international attention and embarrassed CUNY. However instead of killing off the struggle against the militarization of CUNY, the administration only made it stronger. Many different student and community groups began to mobilize together, executing militant tactics in their protests at the City College of New York every couple of days after the Center was taken. That students are not confining themselves to flashy demonstrations and pickets inside barricades but are instead taking over buildings and marching through the surrounding community is an important development. We are looking at this struggle for what it is: a war.

The raid of the Center is more than just a community space being taken away by the school. It is a matter of political dissenters who are partisans of proletarian oppressed nationalities being repressed. The fact of militarization becomes clearer through this repression. For the week and a half since the Center was raided, much of the school has been placed on lockdown around the time of scheduled protests and students have been held hostage in the school buildings by public safety officers. On Monday October 28th, one non-protester student was arrested simply for trying to leave the building. All of this happened while the Board of Trustees was preparing to pass an Expressive Activities Policy which would severely restrict the rights of students and faculty to protest. Due to the upsurge in militant activity on the part of students and faculty however, the Board of Trustees decided to scrap the proposal for now.

These are big threats that the CUNY social movement faces, but a big threat invokes a big response. All of the progressive forces in CUNY have managed to unite in action against the effects of militarization. Throughout the course of their struggle, the many contradictions present in CUNY have been fusing into a ruptural unity which creates the possibility for a transformation of the character of struggle to a revolutionary one. . Leaders of the movement have taken it upon themselves to guide the struggle in a militant direction, causing disturbances and embarrassing the administration to the point where it is forced to respond. This is a major break from dominant forms of protest in the past, which did not take concrete actions to challenge existing power dynamics and class structures. However, the accumulation of moments of militant activity (such as the November 2011 protest against the Board of Trustees) and revolutionary politics in the CUNY student movement led to the development of the Revolutionary Student Coordinating Committee. The RSCC is an organized body of revolutionary youth who take a revolutionary approach to our work as students, exposing the limitations of “student power” and populist politics by incorporating class analysis into our practice.

a) The growing contradiction of militarization within the university, manifest in the return of ROTC, the professorship of David Petraeus, the naming of an entire school after Colin Powell, the illegal raid and seizure of the Morales Shakur Center, the subsequent lockdowns of City College and the beatings and arrests of students by CUNY public safety.

b) The already existing contradiction of the militarization of the surrounding community, where police stop-and-frisk Black and Latino proletarians, stand on every corner, place watchtowers in the community, public institutions have high levels of security, landlords cooperate with police and there is generally a violent discipline enforced upon the people.

c) The growing contradiction of gentrification between the university and the community, which requires a complex analysis. CUNY is split into a two-tier system of community and senior colleges, with oppressed-nationality proletarians being funneled into the former by the evolving dynamics of white supremacist capitalism, and petit-bourgeois white students being funneled into the latter[3]. What is occurring within the university is akin to gentrification. Proletarian youth who make it into CUNY can expect to find their way into the community colleges, since they are generally prepared to become a lower-to-mid managerial class. Meanwhile, the senior colleges are more accessible to students who are not from NYC. This process creates an antagonistic relationship between the university and the community around it.

All of these contradictions are building and fusing, creating the objective conditions for revolutionary movements. If subjective forces take advantage of the conjuncture and take up militant action, then a rupture can be made with the existing social relations of NYC. Already, the movements being led by students and the community to save the Morales Shakur Community Center, to remove David Petraeus and ROTC from CUNY and other struggles such as stopping the gentrification of the Sophie Davis program are challenging the power dynamics of a militarized CUNY that is run by the elites of the ruling class. 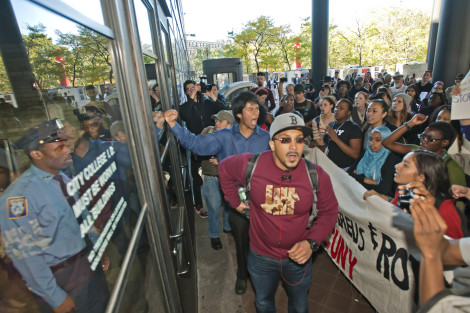 The nature of CUNY is undemocratic, as a reflection of the class structure of NYC being undemocratic and exploitative (as part of the capitalist system that discriminates against oppressed-nationalities). The entire public education apparatus of NYC discriminates structurally against oppressed-nationality people. Secondary schools are highly segregated, since they are funded by property taxes and in proletarian neighborhoods, this means less funding and resources. Oppressed-nationality proletarians are thus concentrated in secondary schools that are highly militarized and push them into either the ranks of a lumpenproletariat as dropouts or unskilled low wage workers. Those that make it to CUNY do not have a fair and democratic public education system awaiting them. CUNY is increasingly being stratified into the two tier system that is serving a specific social function: it is taking the top performing students from underserved oppressed-nationality proletarian communities, funneling them into the community colleges and training them to be a lower to mid-level managerial class that stands opposed to the interests of its own community. By challenging the entire undemocratic nature of CUNY, students are creating the possibility of building a revolutionary movement that challenges the entire oppressive class structure of NYC. Such a revolutionary movement would take up the call for open admissions and the abolishment of tuition.

However, it is important to emphasize that the subjective possibility of building a revolutionary movement is exactly that: a possibility. In order to actualize that possibility, revolutionaries must be prepared to put politics in command, which means an explicit rejection of the narrow-focus approach that overemphasizes a legalistic approach to negotiating for space. To put politics in command means to mobilize the community and student body to challenge the existing power dynamics that oppress black and brown people and exploit the working class in NYC.