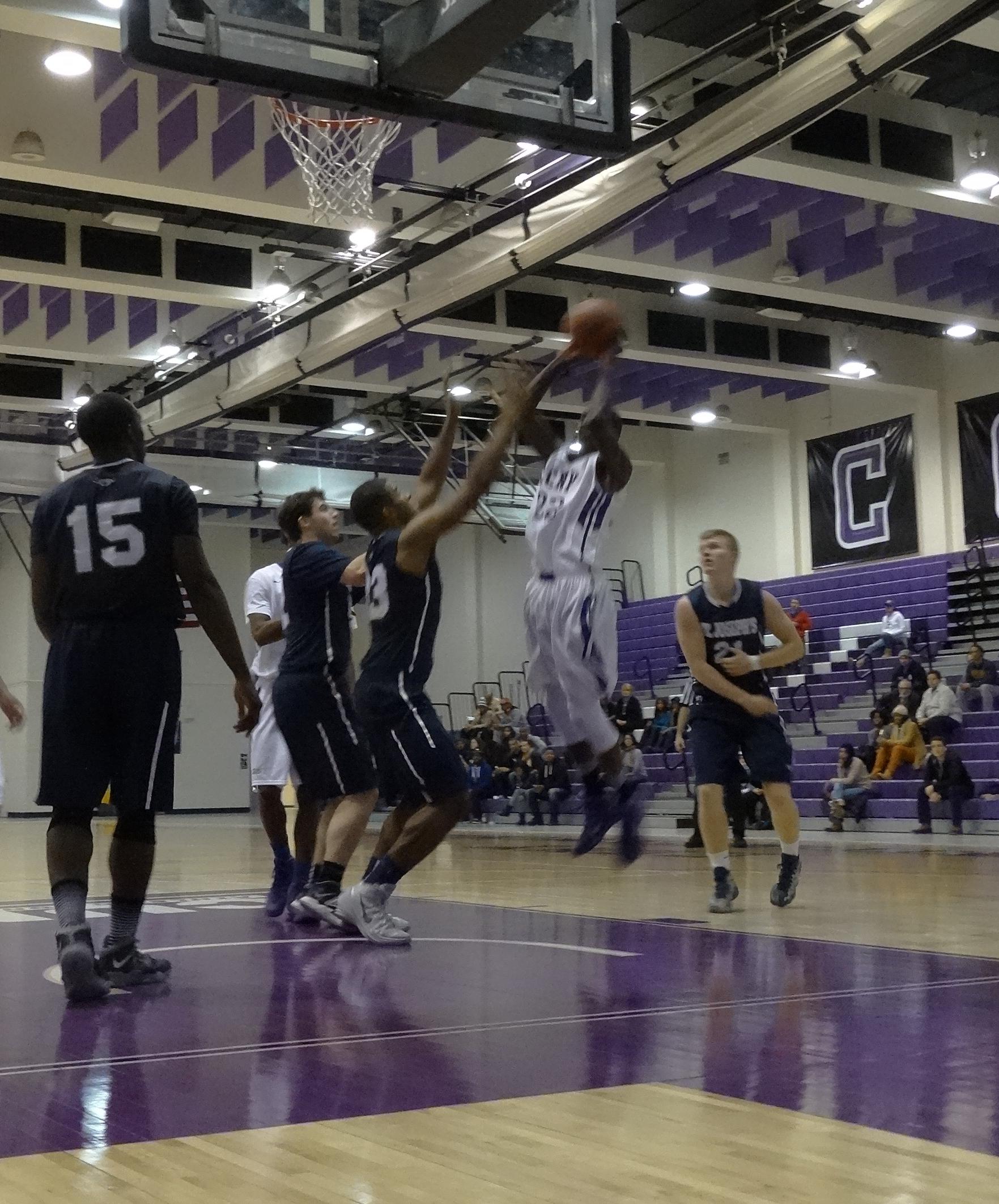 Anthony Lewis’ 33 points off the bench were not enough to snap the Beavers’ now three-game losing skid.

The long break didn’t help the CCNY Men’s Basketball team Monday night, as they fell to St. Joseph’s College of Brooklyn 87-84 in overtime, marking their fifth straight loss in the last six games.

“We haven’t played in 18 days,” said Head coach Tom Green after the game.  “The 18 day layoff, and not having practice for nine of those days, is a very difficult thing to come back and try to be sharp.”

CCNY saw a new starting lineup in Monday night’s game, as the Green sent out the combination of Lareik Taylor, Manfred Cadet, Khalil Hamer, Guilherme Brodt and Jordan Ortega to open against the Bears.

“Lareik’s been playing great defense for us,” Green mentioned.

Regular starter Anthony Lewis sat out for the first 10 minutes of the game following disciplinary action, however made his presence known midway through the first, recording a double-double int he first half alone, scoring 14 points while shooting 6 out of 12 from the court, while grabbing 11 rebounds.

“When I got in the game, I’m the spurt,” Lewis said.  “I think I played the same as I would’ve played if I was a starter again.”

He would finish with a game-high 33 points, 18 rebounds and two steals.

“He was by far the best player on the court,” Green said.  “We just need to get him a little help.”

Lewis’ 14 first-half points was a boost to a Beavers’ offense who’s starting five struggled to score a combined 13 points for the half.

“We just can’t get anything going for us,” Green said.

Both teams traded baskets early on, however CCNY would go on a 9-0 run that lasted about two minutes midway through the first, giving them a 13-7 lead with 11 minutes left in the half.

That run would keep the Beavers ahead 37-35 at halftime, however they would give up the lead on the opening possession off of a jumper by David Louison.

CCNY would regain the lead in the second following a free throw by Taylor and a dunk off of a steal by Lewis, but the Bears went on a 13-4 run to take a 51-44  lead midway through the second, their biggest lead of the game.

The Bears held onto the lead throughout the latter part of the second half, but the Beavers would grab a bit of a last-minute spark in the final minute.

After Hamer’s free throw made it a one-possession, three point game 78-75, Hamer stole the ball from Matt O’Brien, and on transition, O’Brien threw down Lewis who was on his way to bringing CCNY within one following what would have been a made layup.

Lewis made one of two of his free throws to bring the Beavers within two, 78-76.  He wold tie the game at 78 just seconds later, forcing the game into overtime.

In the extra frame, both teams continued to trade baskets, as the Beavers took the opening overtime lead, however with the game tied at 82, the Bears ended the game on a 5-2 run as CCNY couldn’t regain any momentum.

The Beavers (2-5. 1-3) will look to end their current three-game win streak when they host conference rival Hunter College at 2 p.m. on Saturday, Jan. 4.