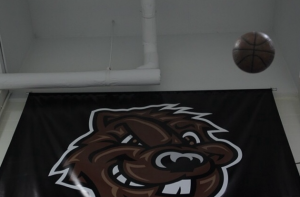 What to expect this season.

The leaves are falling, the sweaters are coming out, everything is pumpkin spiced, and that can only mean one thing: Basketball season is almost here! The men’s and women’s teams both opened up camp last week by holding their first practices of the year. With a lot of turnover in the personnel on both sides, these are exciting times for Beaver basketball.

Both the men’s and women’s teams tournament runs came to an end last year in the quarterfinals of the CUNYAC, but both head coaches seem pretty optimistic about this upcoming season. Men’s coach Tom Green is entering his 5th season here at CCNY, and the women’s team features veteran coach Jamie Angeli for his first season.

Coach Angeli looks to bring some of his winning pedigree to carry the Lady Beavers to another double-digit win season. Karissa Core and Bria Fisher led the way to a 10-16 record last season as they both scored an average 13 points per game, but Coach Angeli is also excited about a transfer student, Erika Richards. A prolific guard at Rockland Community College, Richards brings her 900+ points to a CCNY team that’s looking to replace the scoring output senior Syreeta Williams provided last season. “Erika can really shoot the ball; I’m excited to see her play,” says Coach Angeli.

Giovanna Blanco, the main threat the Beavers had in the post last season, has transferred to Brooklyn, so Coach Angeli will deal with a lack of size, but he plans to emphasize rebounding and protecting the ball this season.

Angeli hopes to end the season with one of the top rankings for our conference.“I think there are about 2-3 teams that I know will be at the top this season, maybe 4, but I would be ecstatic if we crack that top 4, he says.” Coach Angeli knows that in a conference of 9 teams, ranking above 5th is a marker of winning play.

Still, he doesn’t believe ranking lower is a bad sign either. “Even that 5th spot in our conference tournament is where anything could happen,” he explains. “Catch a team on a cold night, a couple things go your way, and next thing you know you’re in the semis.”

If you walk down the halls of “Beaver Street” in the Marshak you see plenty of signs and pictures that emphasize winning, but that’s not where Coach Angeli’s focusing for his first season. “I’m more about the process, that grind every day in practice, getting better every day,” he says.“To me it’s not about being the best in the world, its about being the best you you could be. Just worry about being better than yesterday… From what I’ve seen from this team so far, I don’t see why we won’t be able to surprise some people.”

As for the men’s team, Coach Tom Green has similar expectations and grins ear to ear while talking about them. “Last year we kind of took a step backwards in our development,” he explains, “but I think we can still make that step up this year as well as taking another step forward.”

The men went 7-19 last season, with the top performer being guard Anthony Lewis who averaged 19.3 points last season while only playing in 19 games due to a disciplinary issue. Green says the problems have ended and Lewis has regained his footing. “We’re on great terms, and I’m looking forward to him scoring those 20 points in stretches where we need him to score,” says Green.

After Lewis averaged only 1.6 assists last season, Coach Green wants to stress the importance of using Lewis’ scoring ability to open up the floor to get his teammates involved a little more.

Coach Green would like to do better than last year’s 8th in the CUNY Athletic Conference last year. Like Coach Angeli, he would really like to see the Beavers in the number 5 position. “If you told me we could win 13 or 14 games this season, I’d ask you where can I sign,” he says.

He stresses the need to improve the team’s shooting percentage this year, from the floor, behind the arc, and free-throws. The men’s team is also a bit undersized, but Coach wants to utilize the guys’ athleticism to force more turnovers and get some easy baskets on the fast break.

The season starts on November 15th with the men playing at Penn State-Harrisburg, and the women at Dickinson College. Come support the Beavers at the Nat Holman Gymnasium as the men have their home opener on November 16th at 1 pm with the women’s home opener following that game.