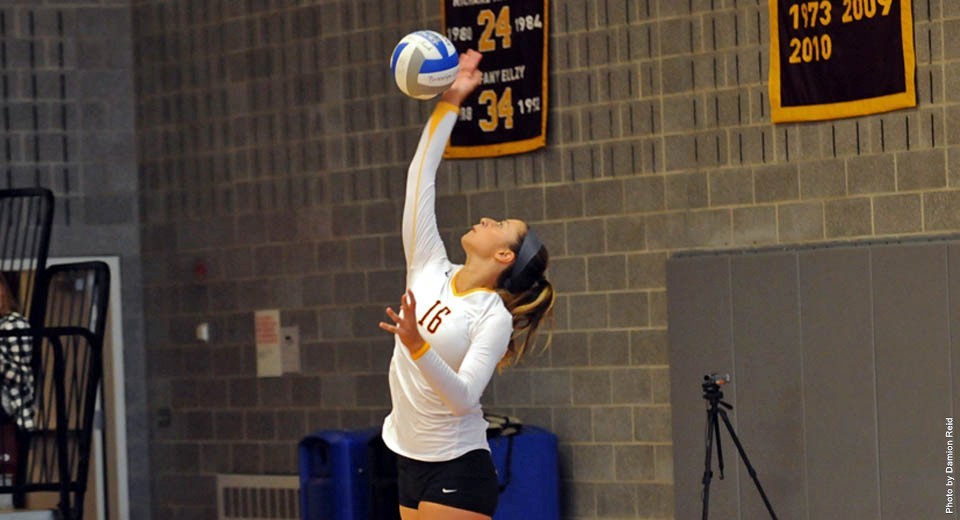 Brooklyn College’s Jessica Yin had 19 assists and Fanny Ng got 10 digs, but the City College of New York defeated the Lady Bulldogs Women’s Volleyball team, 3-0 (25-21, 25-23, 25-14), last Tuesday at the Nat Holman Gymnasium at City College in the quarterfinals of the City University of New York Athletic Conference (CUNYAC).

Down a set and never having led in the first set, the no. 5-seeded Brooklyn College (12-21) pushed back in a back-and-forth second set.

However, Brooklyn constantly played catch up in the set. CCNY immediately tied the set, thanks to two aces and a kill, and later took a 13-7 lead on a few Saye-Chantl Joseph kills and BC errors. Brooklyn responded with five consecutive points, executing kills and aces before Katarzyna Urena’s error made it a one-point set.

The Beavers would not go up by more than four points for the rest of the set, as the two teams practically alternated kills and errors.

After Sasha Roopchand’s service error, City College went up 24-21, just a point away from taking a 2-0 set lead.

Yin then set up Brooklyn’s Francesca LoCascio for a kill, and Magd Zamzam followed with an attack error and made it 24-23 Beavers.

But off of LoCascio’s serve, Daniza Pina made an error, and CCNY won the set and took a 2-0 lead that Brooklyn couldn’t recover from.

The Beavers never looked back after that.

Up 2-1 in the third set, the home side rattled off six straight points, the last four of which Leticia Marotti won on aces.

Marotti broke her streak with a service error on the next play, but the Beavers rattled off another six straight points and had a 14-2 lead. CCNY led by as many as 14 points in the final set.

Brooklyn was never able to reach a single-digit deficit in the final, deciding set.

Down 24-14, Ng committed an error on her last serve, and City College took the match and the quarterfinal.

CCNY got off to a fast start in the opening set; they converted the first six points of the match when the Lady Bulldogs stumbled out of the gate and committed five errors to open the set before a Beaver ace made it 6-0 City College.

Brooklyn battled back as both teams traded the next 11 points.

The Lady Bulldogs wouldn’t quit and would force the set to within three points. They won seven out of eight plays, but after City College called a timeout at 24-21, Kathlen Dos Santos set up Marotti for the set-winning kill.

Yin recorded seven digs and three kills to go along with her 19 assists, and LoCascio notched eight kills. Roopchand got nine digs in the match, but she and Pina committed a combined 11 errors.

The Beavers’ Marotti dominated in the quarterfinal with a line of 12 digs, one blocked shot, one block assist, seven aces, and 13 kills. Her teammate Dos Santos had a team-high stat of 17 assists, as well as four aces of her own.

Brooklyn College ends the year 4-4 in CUNYAC play, but they were under .500 at home, on the road, and in neutral sites overall. Brooklyn played six matches at home this year.

The Brooklyn College Women’s Volleyball team’s 12 wins were their fewest since they won just four in the 2012 season.

Brooklyn split the regular season series with CCNY. They won the first meeting in late-August, 3-0, but City College took the last match, 3-2, less than a month ago. Both regular season meetings were on neutral courts.