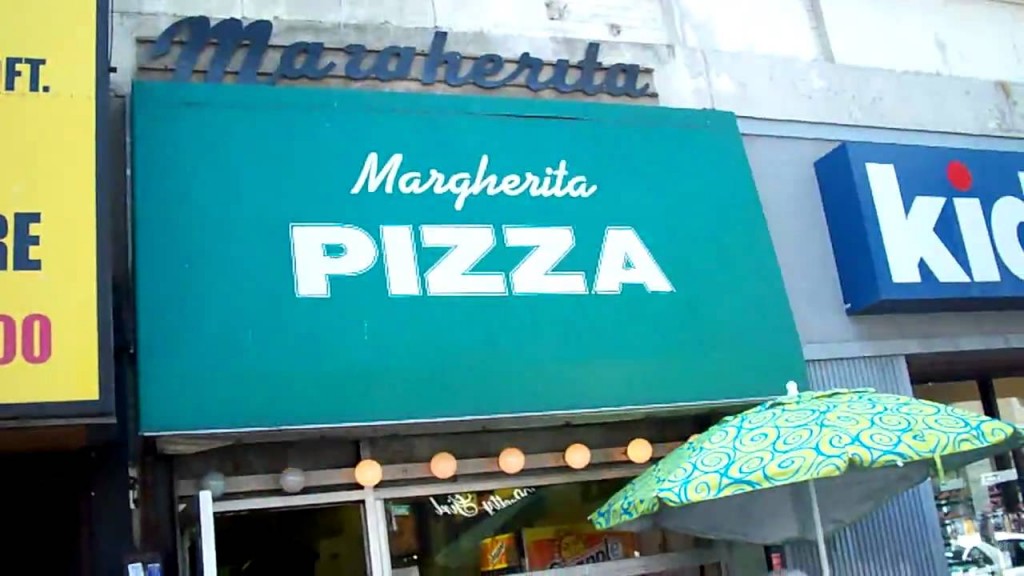 Meatball sandwiches, beef patties and fresh pizza with a selection of toppings. You want it? They’ve got it. Serving their customers for 48 years, Margherita Pizza takes pride in their old-fashioned style and is well-known among residents of Jamaica, Queens for their pizza, customer service and hospitality.

Owner Stefano DiBenedetto says that kindness and quality goes a long way in business, traits that he learned from his family who immigrated here after owning a bakery in Italy.

Born and raised in Sicily, DiBenedetto moved to New York when he was just 18-years-old. There he and his family decided to settle down in Jamaica, Queens. As a child, he always dreamed of opening his own pizzeria one day. Hoping to make a name for himself in the new community he found himself in, he partnered up with childhood friend Frank Gioeliand and opened up Margherita Pizza on 163 St. and Jamaica Ave in 1966.

His father, who owned a bakery in Sicily and worked along side Gioeli’s father, taught them some tips on running a successful business.  Respect was one of the key components they took into account. By listening to his father’s advice, as well as developing his own ideas on what makes a business successful, DiBenedetto implemented what are now essential standards for his pizzeria. Taking the extra initiative to satisfy customers while supplying them with delicious pizza is what both he and his employees follow still to this day.

Though it may be cliche, DiBenedetto often tells his employees that, “The customers come first, and they are always right.” By following this motto, a lot of unnecessary disputes are avoided, he says, and customers love to be treated with respect and feel welcome in an establishment. On a typical day, employees greet customers with a smile, take their order and hold a brief conversation with them before helping another customer.

But the quality is what makes Margherita a Jamaica gem.

Everyday before the shop opens up, DiBenedetto and his employees personally knead fresh dough, make their tomato sauce from scratch and grate top brand cheese for their pizza. He purchases his cheese locally and said that “the best sauce, costs.” He believes that his pizza stands out from the rest because he gladly spends money on getting better quality ingredients. This is why DiBenedetto does not feel threatened by other pizzerias in the Jamaica area.

York College sophomore Esau Appana started going to Margherita ever since his senior year of high school. Rather than spend his money at places that offered slices for a dollar, Appana willingly spent $3 for one at Margherita Pizza. Compared to other pizzerias in the area, Appana believes Margherita’s have the best tasting sauce.

“The quality of their pizza is off the charts,” Appana said. “Normally when I go to other pizzerias, their pizza lacks taste or is drenched with oil. Margherita’s is just right.”

Other customers agree. On his way out of Margherita Pizza, Khalid Lewis, a first time customer was quick to sing the praises of the pizza. Lewis said that many of his colleagues often talked about Margherita’s pizza, so he finally decided to try it out.

“Margherita Pizza is a fantastic place to run in and get a slice from,” Lewis said. “They have the pizza ready fresh out the oven for you, so there is no waiting – especially if you are pressed for time. The employees are very nice and friendly. I can not wait to come back again.”

Both living and owning a business in the area Queens native DiBenedetto was able to see how much the Jamaican community has changed for the better over the years. DiBenedetto mentioned how the 1960s violence was all too common in Jamaica. Teens would not go to school but instead hang out with their friends and create mayhem. Sometimes they would even rob strangers and little stores in the area, he said. But DiBenedetto is thankful for the growth of the youth as the years passed by, which could also be from the increased enrollment at York College now spilling over at just over 8,000 students.

DiBenedetto is proud to own a business in Jamaica and has pledged a commitment to the community.

“We are going to stay here. I will never sell the place,” he said.