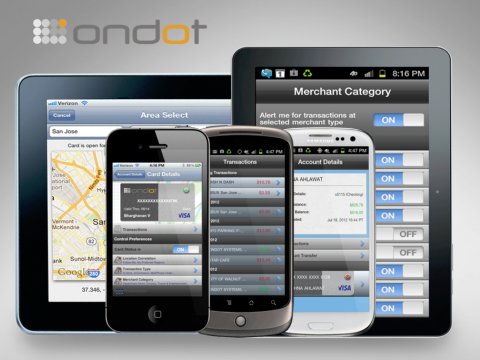 Vaduvur Bharghavan, CEO and co-founder of Ondot Systems, hopes to revolutionize the world of credit card use with the help of his company’s finance limiting software, Card Control. Card Control previewed earlier this year after the San Jose based company remained dormant in the last three years perfecting and funding the $18 million project. Since, Ondot is partnered with four major processors who together form transactions from 10,000 banks and credit unions in the U.S.

Ondot’s system offers a variety of control options for credit cards including spending limits per week or month, specific locations where transactions can be made, restrictions on what type of transactions to approve and the ability to “turn-off” their cards with a simple swipe, declining any attempted purchases.

“You use your card as at merchant the way you normally would, but you use your phone as a remote control to determine when, where and how the card can be used,” Bharghavan told tech website Mashable.

The software has found itself especially useful amongst new cardholding college students. According to Scholarships.com, a website that offers students helpful tips on how to handle a credit card, undergraduate students in the U.S. have accumulated an average of $3,000 in credit card debt per year since 2012. Credit card companies have a long history of targeting freshly enrolled college students and getting them to apply for cards. Students, being fairly new to the financial responsibility that comes with owning a credit card often find themselves facing stiff fees when they are unable to make the necessary monthly payments.

“It’s a good app overall for credit card companies and banks.” said Natalie Arfahan, a 21-year-old political science and psychology major who attends Baruch College. “There is proof that it reduces fraud and I think it’s a good partnership for both holders and companies. It can only benefit students in the long run.”

Lone Star National Bank, located in Texas, was the first bank to use Ondot tech for a year since 2013 and has documented an immense decrease in fraud loss. “We were able to decrease our fraud losses from $450,000 in 2012 to $180,000 in 2013. A reduction of over 60% in just one year,” said David Tenoli, Lone Star’s chief operating officer in an interview with Business Insider.

Although the buzz surrounding the app has been mostly positive, some student are still unsure of its usefulness.

“There’s both a positive and negative when it comes to this technology,” said York College student Jose Martinez. The 21 year-old business major is a first time credit card user. “On the plus side, I’ll be able to set a limit to a card that I have. But, that being said, I can always change it if I want to spend more. You still need self-control and not just the app.”

Martinez still thought the idea of the app was a good one. “I would use this app if it’s available through my credit card, because it is a good way for me to learn how much I should or shouldn’t spend,” he said.

Ondot has been able to provide a safe way to use credit cards. With its many settings, you can have a limit with spending and stop fraud easier than ever before. It is unclear whether more banks will start integrating Ondot’s technology or choose to implement similar settings to their own apps. Although a release date for the app has yet to be announced, Ondot has kept consumers updated on the technology on their official website as well as introducing it around the country at tech trade shows. 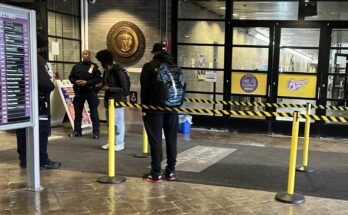