Not informing students of rapes or assaults near campus, students feel more unsafe than even before.

After an Oct. 1 sexual assault on campus, students and faculty are questioning whether public safety officials are following only the bare minimum responsibility when it comes to informing the campus community about crime.

Since January of last year, there have been three rapes in the area surrounding York College. Two just south of the college on South Rd and 159th St, one just north of the campus on Parsons Blvd and Archer Ave, and at the beginning of October there was a case of forcible touching on campus grounds, according to crime reports from both the college and the NYPD.

But you wouldn’t know it.

Under a 1990 federal statute called the Clery Act, named after Jeanne Clery who was raped and killed in a Pennsylvania dorm room, all colleges receiving federal funds are required to notify students whenever a violent crime happens on and around their campuses.

Requests for reports and documents regarding the recent incidents at York by Pandora’s Box were denied by the Public Safety Department, citing Clery constraints that do not allow documents to be made public.

“I find that explanation extremely strange,” said Adam Goldstein with the Student Press Law Center. “There’s bits in the act that allows them to withhold information with the log. But that’s just to make sure the perpetrator doesn’t get away.”

Students and faculty on campus have been left in the dark on these matters, changing their perspective on how campus security performs.

Lieutenant Tamara Bailey, who stepped in for Chief Tyrone Forte after his departure over the summer, recently defended the withholding of the documents and in a previous interview insisted that public safety is functioning well.

“We do our due diligence to keep students safe,” she said.

But students who only found out about the crimes through interviews with reporters were shocked and even offended that they weren’t told about the incidents beforehand.

“Things like that should be brought to light so people could be more cautious with their surroundings,” said Sergio Colon, 19. “If that happened on campus, that’s crazy. I feel people would stop coming to school at that point.”

Colon added that while seeing public safety officers stationed at the gates is somewhat comforting for him, he also feels that it very well could be just for show.

“After what I just learned, I really don’t feel that they have been doing a good job,” he said. “I have no clue what they’re doing.”

Other students were even less at ease with learning about the crimes.

But faculty members have come to the defense of Public Safety, saying that being in a metropolitan urban area can attract dozens of crimes. And considering the rate of people flowing through Jamaica Avenue, students should have nothing to worry about.

“I grew up in Queens, I have to say its pretty much par for the course,” said Ebonie Jackson, coordinator for the Women’s Center at York College. “I do feel safe. I think that they’ve done a lot of making sure that the areas are well lit, that the surveillance cameras are actually functioning.”

Bailey acknowledged that the area surrounding York may not be as safe as it could be, but given the low amount of crimes on campus versus the general crime rate of the surrounding neighborhood, campus safety has been diligent in their efforts.

According to York daily crime logs here have been 32 crimes listed on campus since January of this year, a slight increase from last year. 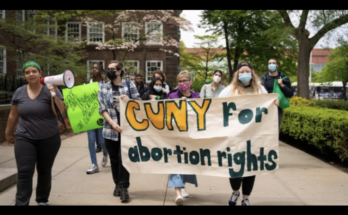