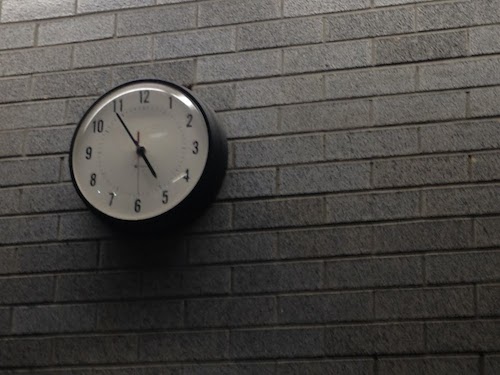 Why so few clocks at CCNY?

Tick tock, tick tock. All of us value time. City College has a big problem. You can barely find any clocks on campus! With so few ways to figure out the time, at this point, students need to have their own clocks. Deja Ramirez a City College senior says, “I hate forgetting my phone at home because I can never rely on the campus to have a clock I can see. I always have to ask those around me what time it is which is also annoying.”

Photography minor Laura Banks wishes the school would supply more clocks. “I have seen only about two clocks in the building,” says Banks about Compton Goethals. “We need clocks to get things done in my photography class.” Some industries keep clocks out of sight. For example, in casinos, workers avoid. Could CCNY be doing something similar? “There is one clock in the NAC building, but it is in an awkward place near the men’s restroom,” says Mike Norris a freshman at CCNY. “No one would ever look there. It’s almost as if there are no clocks on this campus on purpose.”

Cassandra Belgrave, a member of the facilities staff, has also noticed the lack of clocks around campus.“It is all about budget cuts,” she says. “The school won’t spend money on clocks, when today everyone has some form of technology with a watch or a clock on it.”

Deja Murrain agrees. “I did not even realize the lack of clocks on this campus,” says Murrain, a junior. “I have my cellphone which I look at for the time.”