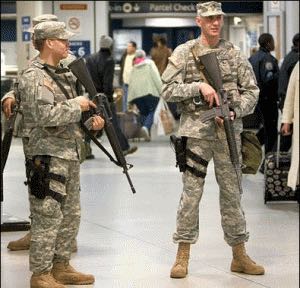 Sunlight streamed through the skylights of Grand Central Station on March 24 as hundreds of people scrambled to their destinations. But did the fear of terrorism darken their paths in the wake of the attacks in Paris and Brussels?

After the Paris attacks in November, ISIS released a video threatening New Yorkers as the next target.

The video, which has Muslim prayers playing the background, shows a man creating a bomb for a suicide belt. He then places it around his waist before zippering his jacket. The video shows scenes of New York’s Times Square and Herald Square. It includes storefront shots of TGI Fridays and the Gap along with footage of taxis driving past. The video closes with a closeup of the man’s hands holding a grenade. He then pulls the trigger as the camera cuts to black.