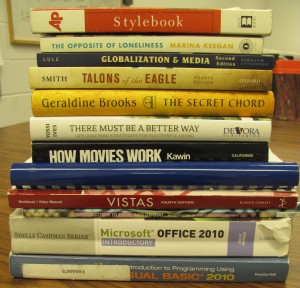 CUNY Trustees: Profs Can’t Profit From Assigning Their Own Book

The CUNY Board of Trustees voted unanimously on Monday to adopt a policy that bans professors from making money off of assigning books written by themselves to their students.

The policy is mean to clear up potential economic conflict of interest presented by a professor requiring that his class buy his or her book, according to the Board.

The Board ruled that “that portion of the revenue they derive from the sale of such materials of their own students should be directed to a program over which the authors have no control or influence and which is for the use or support of students”—ideally these would be student scholarships or “emergency funds” for their respective college.

The American Association of University Professors wrote in a November 2004 statement that “students in a classroom can be a captive audience.”

Brook Stein, a senior at CUNY’s College of Staten Island who has been assigned self-written textbooks by professors on two occasions, said that using a textbook by the professor who’s teaching the course leads to awkward class discussions

“Yeah, it does make a difference. There’s ego involved,” said Stein. “They try to force the book to fit the course’s purpose and because it’s their book, they take every critique personally.”

The Board did however officially recognized that they can’t prevent professors from assigning their own books because academic freedom includes a professor’s right to choose any material for their classes, including books that they’ve written or have contributed to themselves.

The Board of Trustees also passed a resolution that the decision to use material created by a faculty member in multiple course sections—as opposed to a singular section—must be made by a group of faculty in the department.

Later on, during the executive session, the Board voted unanimously to appoint Michelle Anderson, Dean of the CUNY School of Law, to be the next President of Brooklyn College. Brooklyn College’s President Karen Gould announced that she would be retiring after the current academic year last July.