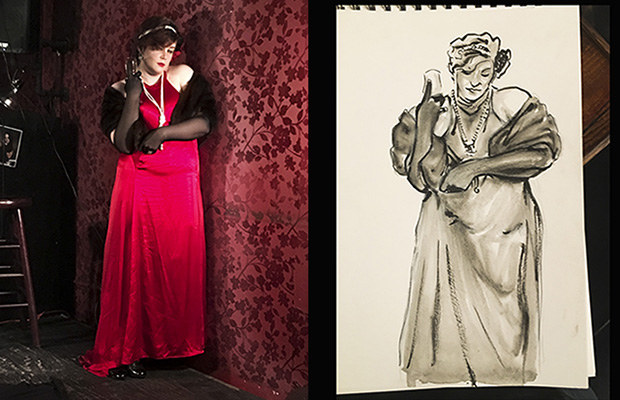 On a Thursday night at Macri Park, a Williamsburg, Brooklyn, gay bar, drag queen performer Shirley U. Jest took the tiny one-step stage. Dressed in a hot pink wig, white blouse and rose skirt, she struck a pose. The host, John Jennison, announced over the mic, dulling the 90’s music playing in the background, “This is Pose 1 of our first 20-minute poses.”

A group of about 20 amateur and professional artists of varying degrees of skill began to sketch, with pencils, pens, markers or charcoal. This wasn’t a typical drag performance with lip-syncing or shady stand-up jokes. This was Drink-N-Draw.

Drink-N-Draw — Where artists sketch a live model — isn’t a new concept in New York City but the one hosted by Jennison is LGBTQA.