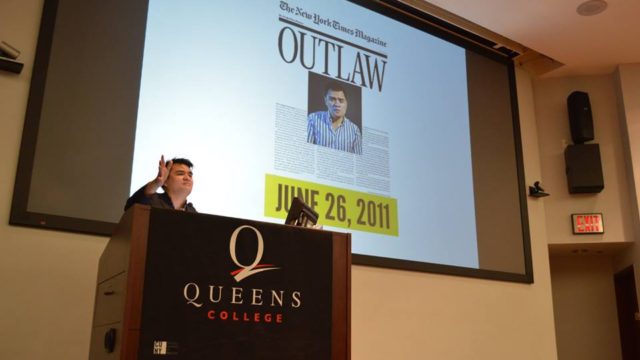 In 2011, Jose Antonio Vargas, a Pulitzer Prize-winning filmmaker and journalist, made a risky decision—he came out as an undocumented immigrant.

He made this decision not only to liberate himself, but also use his status in media to make an impact on the immigration debate.

“I am really tired of being the minority, and I would argue that there is a new majority, a new mainstream. All of these people that we think are minority are moving together into a mainstream,” Vargas said.