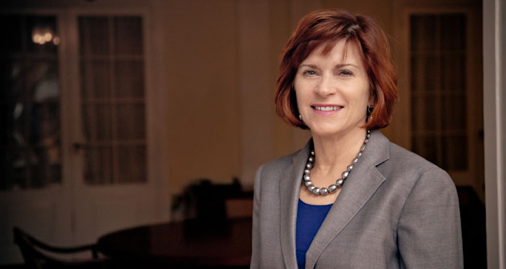 As she completes her last semester at Brooklyn College, Dr. Karen Gould looks back on her shining moments as well as moments of critique. Gould says that she has worked to not only protect but promote freedom of speech.

“Where will we be as a country, not just a campus, as a country if there is more and more encroachment on our speech? That’s a very scary idea,” Gould said in an interview. “Religious tolerance, increasing in modern times, racial tolerance and acceptance — those are the bedrock of American society. Those are values we want to protect, if not expand.”

A difficult moment for Gould came in 2013 when she was criticized by elected officials, alumni, students and others for allowing two pro-Palestinian speakers to appear at a faculty and student sponsored event. The speakers promoted the Boycott, Divestment and Sanctions movement that works to pressure Israel to grant equal rights to Palestinians and restore land agreements. At the event, four Jewish students were accused of being disruptive and were thrown out, criticized by the administration for it, only for it later to be shown that the students weren’t at fault. The president followed up with an apology.