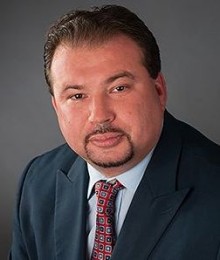 After 16 years of wrongful incarceration for a murder he did not commit, Jeffrey Deskovic, now 42, came to York College to speak to students and faculty about his ordeal in prison and his triumph over despair through the support of investigative journalism and hope.

Deskovic’s ordeal began five months after the attack in the Central Park Five case, another infamous wrongful conviction. He was accused of the rape and murder of his classmate Angela Correa in November 1989. For several weeks detectives lied, manipulated and coerced him into admitting that he was involved. Despite the fact that DNA from semen found on the victim’s body did not match his, Dekovic was convicted and sentenced to 15 years to life. He was exonerated in 2006 after DNA testing identified the murderer, Stephen Cunningham.

According to a recent study conducted by the National Registry of Exonerations, there were 127 non-DNA based exonerations and 27 exonerations based on false confessions last year alone. With the aid of the Innocence Project, Deskovic founded his own foundation for inmates who were wrongfully convicted.