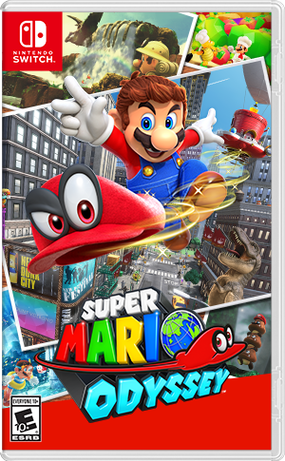 KINGSBOROUGH COMMUNITY COLLEGE — Spin the wheel and take a chance on a brand new ‘Super Mario’ adventure, as Mario takes his second step into the Nintendo Switch’s growing library, with his first title being “Mario + Rabbids: Kingdom Battle”. “Super Mario Odyssey” is the first sandbox “Super Mario” game since 2002’s “Super Mario Sunshine,” and the story isn’t too far off either. ‘Bowser’ brings a whole new theme to capturing ‘Princess Peach,’ as in this game, he is dead set on marrying her and has held a wedding using treasures stolen from fourteen different Kingdoms. Now you must collect Power Moons to enhance your Odyssey and advance toward Bowser’s airship. The story is pretty typical for a Mario game; it isn’t anything to write home about.