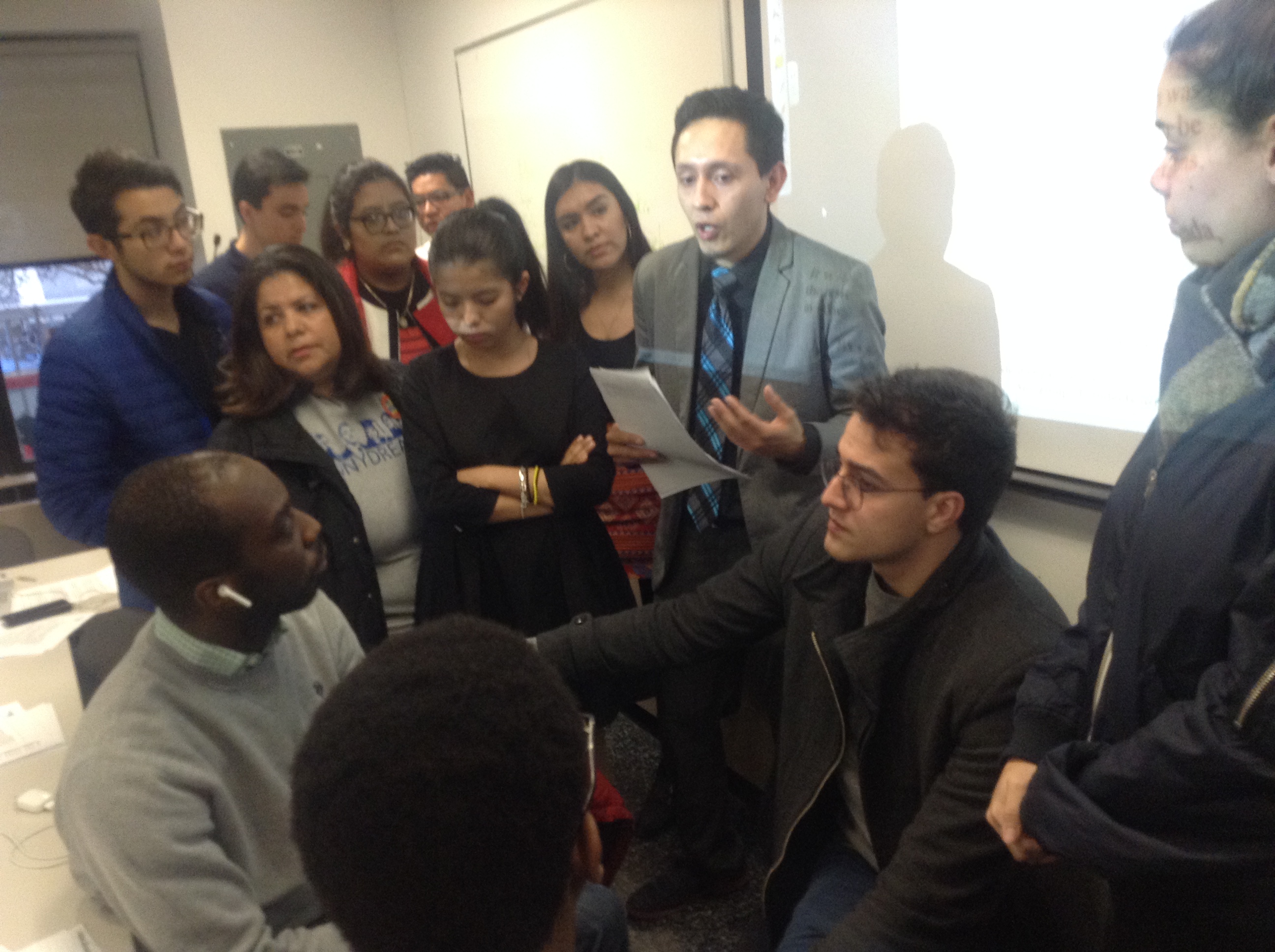 With more than half of student senators missing from a University Student Senate (USS) ad-hoc committee meeting to review the constitution of CUNY Dreamers, the assembly lacked quorum and postponed the decision to next year.

Only four members of the 11-seat committee attended the meeting on Tuesday, Nov. 28.

Despite ongoing pressure from activists to “immediately” recognize the cunywide group for undocumented students, the USS ad-hoc committee chair, Cyrille Njikeng said the senators did not make a decision because of a lack of supporting documents. USS alleges that CUNY Dreamers missed the mid-November deadline to submit their required constitution, according to an ad-hoc committee memo shared with Dateline CUNY.

“We debated,” Njikeng said. “We couldn’t speak about the Dreamers because we didn’t get an email with the constitution.”

The founder of CUNY Dreamers, Monica Sibri disputes these claims.

Sibri added, “The ad-hoc committee did not have all the members, which is clarity that they do not care about our membership and people like us.”

Co-president of CUNY Dreamers, Isaac Montiel said USS requested the documents the day of the meeting.

“We asked when we have to send in the documents. They said by the way we have an ad-hoc committee meeting today at 4 p.m.,” Montiel said. “They did this last minute.”

CUNY Dateline asked for an email to confirm the submission. CUNY Dreamers did not immediately respond to these requests.

The resolution has been moved to the Civic Affairs Committee.

According to the executive director of USS, Fernando Araujo, the USS is working to develop a process to recognize organizations.

“There is no motion to charter the organization. It’s an ongoing discussion,” Araujo said. “Part of a reason the discussion is happening is because of [many] unanswered questions.”

Araujo said USS will follow up with the CUNY administration to seek steps that are “legal and compliant” with the bylaws. USS officials said the organization does not have the “authority” to officially recognize student organizations.

However section 10.1 of the USS Constitution and Bylaws states otherwise: “Any group of students using the name of the City University of New York may form a University-wide organization, association, club or chapter which must first be chartered by the University Student Senate.”

“The CUNY-wide organization would take time,” said Lisa Sheridan, a USS delegate in an email to Dateline: CUNY. “Approvals would have to work their way up through a long chain of command.”

Two weeks ago, Zunera Ahmed, a USS alternate of Brooklyn College added a last-minute amendment to the agenda to recognize CUNY Dreamers.

Sibri said she is all too familiar with the process of chartering a student organization.

“It is clear evidence that they are discriminating against undocumented immigrants,” said Sibri, who now serves as the group’s advisor. “They are prohibiting us from organizing on campus. This is a violation of student policy.”

The USS chair and legislative director declined to respond to multiple requests for comment.

According to attendance records shared with Dateline CUNY, Wali Ullah, Fatime Uruci, Francesca Royal and Marina Nashed did not attend the meeting. At least five more students are required for a quorum.

In an interview with Dateline CUNY, Ullah said he had a scheduling conflict, which was why he couldn’t attend the Tuesday meeting. He insisted it was “nothing personal,” and called the lack of overall attendence “wack.”

The USS Civic Affairs Committee has not confirmed the date of its next meeting.