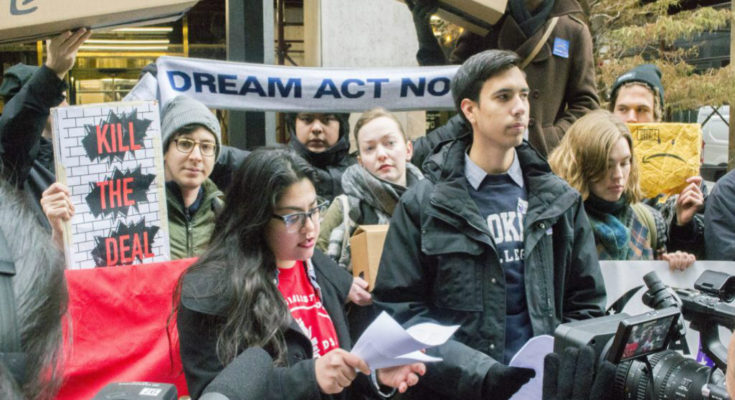 BARUCH COLLEGE–On Nov. 10, CUNY students and faculty members gathered in Manhattan at 100 Wall Street under the offices of CUNY Chairman Bill Thompson to protest against the decision of the CUNY Board of Trustees to support a public investment in Amazon.

Gov. Andrew Cuomo and the state of New York have promised Amazon $3 billion worth of tax giveaways to entice the company into opening its second headquarters in Long Island City.

The event, organized by the Young Progressives of America, together with the Democratic Socialists of America, demanded that Thompson rescind his statement supporting Amazon.