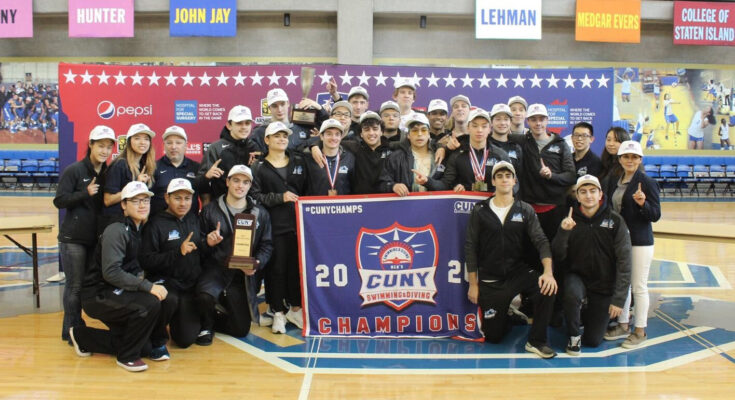 BARUCH COLLEGE–In the realm of swimming and diving, the CUNY Athletic Conference finals saw the Bearcats dominate, as the men won their third consecutive conference championship and the women finished second in the conference.

Although the women fell just short in their title defense, their finish marks the continuation of what can only be described as a dynasty. This year marks the 13th consecutive year in which the women finished in the top two of the conference standings.