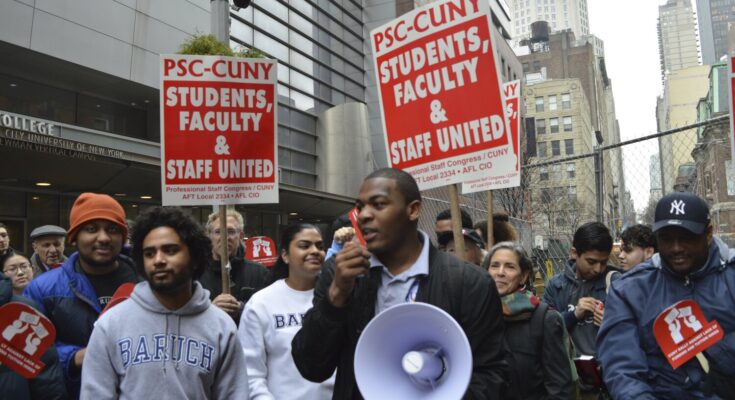 BARUCH COLLEGE–Baruch College’s Undergraduate Student Government organized a rally on Feb. 6 to protest the recent tuition hike, which was approved by the CUNY Board of Trustees on Dec. 16.  University Student Senate members, students, faculty and staff members from all over CUNY, in addition to elected officials, came to support the cause. Over a dozen security guards were waiting around the Baruch Plaza. However, unlike the BoT meeting in December, there was not any contact between the protesters and the security guards.