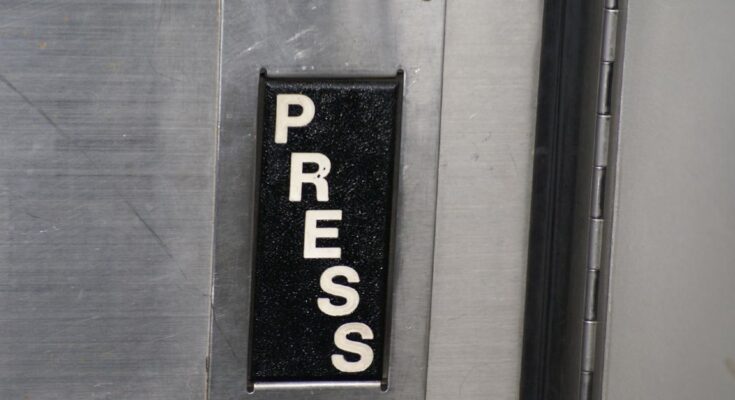 Photo: Some rights reserved by Skrewtape
By Melissa Lent

CUNY–Just as Afia Eama finished the final edit on her article about a student-led petition to close down Hunter College as a response to the coronavirus pandemic, the undergraduate student president ran into the room. She announced that New York’s public colleges would move to distance learning for the rest of the semester amid the pandemic.

“I literally jumped out of my seat and I was like, ‘Damn it! My article is ruined!’” said Eama, news editor for the college’s student publication, The Envoy. “And then literally in like an hour I just took what I could salvage from the article I had written already and then just added the new news.”

Eama is one of many journalists, students and otherwise, who must adjust to work-from-home policies during the COVID-19 outbreak. Many of CUNY’s student newsrooms pivoted to online platforms and coronavirus-centered stories in light of the pandemic. CUNY’s student journalists, who also need to balance digital classrooms and job losses, must scour the Internet to find sources and interview them by phone or video instead of meeting on campus.

Professional newsrooms around the world also adjusted their reporting strategies to meet social distancing guidelines, yet CUNY’s student newsrooms must act according to fluctuating school policies without much guidance on how to move forward. The shift to remote work presents initial stress, but most outlets remain positive.

For some publications, such as Hunter’s The Envoy, the workflow will remain similar, according to Eama. The Envoy, which restarted last semester but existed for 75 years before then, is entirely online with about 2,000 hits a month. The staff manage production solely through Slack, Google Drive and WordPress. As a journalism major, Eama said her reporting classes will also need new approaches.

“I’ve literally been home for the past three days,” said Eama, a junior with minors in political science and sociology. “I’m actually really upset because I feel like with journalism classes they’re very hands on, like you have to be on campus, you have to talk to the people.”

Other publications, such as Baruch College’s The Ticker, which publishes a print and digital newspaper, will now only release stories online. The newspaper usually prints about 2,500 copies a week, and receives about 15,000 hits a month on their website. Ayse Kelce, The Ticker’s business editor, said while her team is used to posting on their website, the change still poses a challenge.

“Now everything’s kind of a blur,” said Kelce, a sophomore studying journalism and political science. “Overall, it is less work without the print layout, but it’s just, I’m not sure the writers will be as willing to write, just for it to go online.”

Kelce expressed concerns about her own personal situation as a student reporter. As an international student from Turkey, Kelce witnessed many of her friends return to their home countries. She decided to stay.

“You know, I have a life here, everything’s just canceled, but I also have a lot of responsibilities towards the paper,” said Kelce. “I still have to get the news out.”

Aspacia Tsampas, the editor-in-chief of The Campus at City College, said the publication and continuing to spread the news became her first priority after Cuomo’s announcement. She consolidated information from different officials’ emails to write a story about the shift to distance learning.

“Personally I’m definitely feeling stress,” said Tsampas, a junior double majoring in english and media communications. “But I do think that maintaining normalcy is really important and that’s something that I’m trying to convey to my staff, so they do feel motivated to do work from home, especially since writing is a medium we can use now to relieve stress and ease anxiety.”

The Campus, which began in 1907 and serves about 13,000 undergraduates, publishes a monthly magazine along with an online newspaper. Although they can no longer meet in a physical newsroom, Tsampas said video conferences and Slack will help her team continue to work on stories for City College students.

“Now more than ever there’s so much information out there that student publications are a good place to look for actual information about what’s going on at your school specifically,” said Tsampas. “It’s a time of uncertainty, no one knows what’s gonna happen.”

She said her team feels somewhat deflated because they could not physically publish a special April Fool’s edition called The Crampus, which contains silly, satirical stories, and which she said students and faculty look forward to reading. They will still release the magazine online as soon as they find a suitable platform and continue to write timely news articles on their website, according to Tsampas.

While student journalists scramble towards new methods of operation, organizations such as the College Media Association continue to offer support. The CMA, which serves as a resource and representative for collegiate media and its advisers, said campus news provides as much value as any other outlet.

“The information provided by student journalists allows students to be informed participants on their campuses,” said Kenna Griffin, the president of the College Media Association. “Information is perhaps more important than ever during a health and welfare crisis. No one else is covering what’s happening on and with campus aside from those student journalists.”

To decide how to cover their school’s news, The John Jay Sentinel will host a meeting in the coming weeks, said Nanci Avalos Omaña, the editor-in-chief of The Sentinel.

Two college English classes also contribute stories to the paper, which the staff edits. Omaña said she must remotely communicate with the classes’ teachers and her team.

The Sentinel, in operation since 2010 and serving almost 14,000 undergraduates, produces a print magazine once a semester, but mostly posts stories online. Omaña said the team remains hopeful they can publish the magazine as usual.

The one definite among the student publications is that they will focus on coronavirus-related stories.

Eama said the day after Cuomo announced distance learning for all CUNY and SUNY students, she wrote a list of over 25 story ideas related to Hunter and the pandemic. She said although an overabundance of stories exist, they need more writers.

“I think it’s such a great opportunity for journalists, especially young journalists, to like actually report and they can just use this as an opportunity to get bylines and tell these stories,” said Eama. “Like local stories of specific groups of people being impacted by the virus shutting everything down.”

Tsampas said while stories about coronavirus will take precedent, she will not limit her stories to the pandemic. She expressed that decision is as much for her writers as it is for the City College community.

““I think that the news media is really, really perpetuating a lot of anxiety,” said Tsampas. “It’s almost hard to watch the news nowadays,especially when we’re all locked up in our houses. So it’s a scary time and we need more outlets.”

The Ticker, which has operated since 1932, shares other publications’ worries about finding and interviewing sources remotely, rather than meeting students on campus, said Kelce. It may be more difficult to find specific stories, and response time to emails versus walking into an office, for example, may prove slower.

Omaña said The Sentinel has started mediating that fear by reaching out to people through social media platforms such as Instagram, Twitter and surveys on their website.

“We hope that they respond to them with their concerns, ideas, or questions, and their reactions, et cetera,” said Omaña, a senior majoring in Spanish and minoring in journalism and Latin-American studies. “This is a learning curve, more than anything. All CUNY newsrooms are probably feeling the same thing.”

Newsrooms such as The Ticker started working on stories about the stock market crash, while The Envoy reported on students losing jobs. Although the news they report on may seem grim, reporters need to think about their mission, according to Eama.

“Everything is just changing constantly and it’s a little difficult to stay on top of it,” said Eama. “But I still think it’s worth it to tell these stories.”