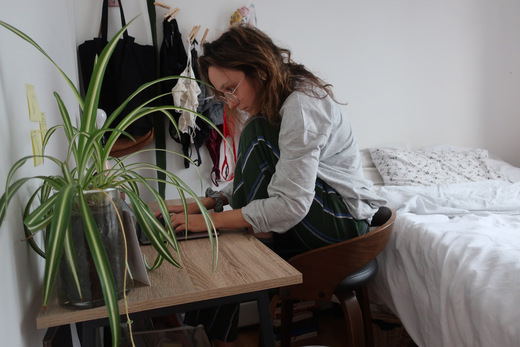 HUNTER COLLEGE–Chloé Williams was two months into her final year of college and seven months into a pandemic when she realized any previously made career plans were not going to happen. After graduation, she hoped to work at Man Repeller, an online publication. In the last year, Williams watched it rebrand to Repeller then close completely. Between the rebrands and closures, she began to rethink everything.