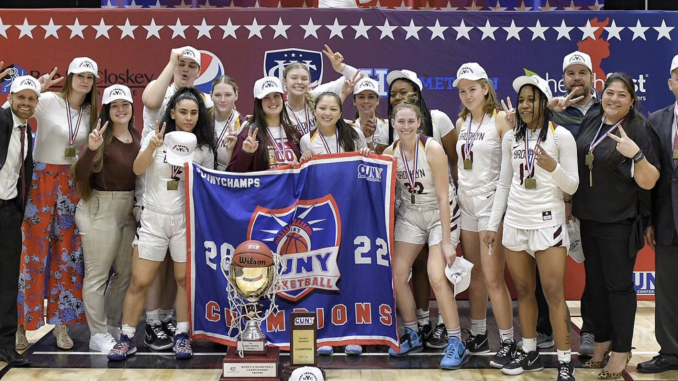 BROOKLYN COLLEGE–Brooklyn College has done it again. The Bulldogs have won the CUNYAC Women’s Basketball Championship for the second time in a row, with their win against John Jay College at CCNY’s Nat Holman gymnasium on Friday, Feb. 27.

The Bulldogs have adapted to every opponent in front of them this season, with established forward Chanel Jemmott becoming the Bulldogs’ all-time scorer in early February. Brooklyn came into last year’s tournament undefeated under Coach Alex Lang as the regular season champs alongside the men’s team. Lang admitted it “feels great to return to the final” and win another one for the Bulldogs.