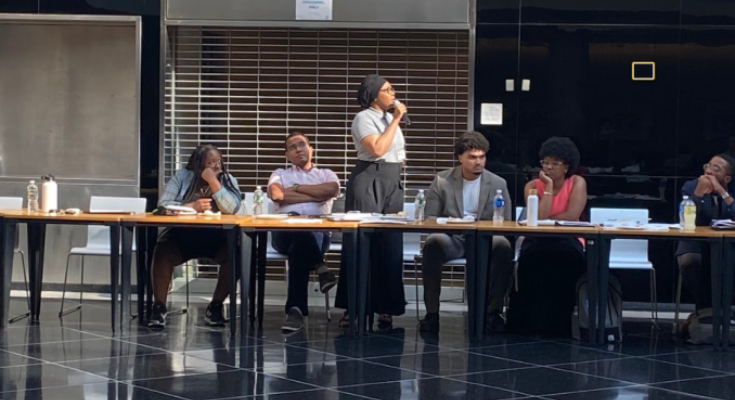 BROOKLYN COLLEGE–Several University Student Senate members gathered for their first in-person plenary meeting on Sunday, Sept. 18, where they nominated student government leaders across CUNY for the body’s Steering Committee. Some nominees are running without opposition, including the committee’s current chairperson Salimatou Doumbouya, who is seeking re-election.

There are 10 positions that make up Steering, which leads and oversees USS operations. Four nominees are currently running uncontested, including Brooklyn College’s Aharon Grama for Vice Chair for Senior College Affairs. Chair Doumbouya is the only ticket in the race for chairperson, who mentioned the importance of continuity in addressing student concerns effectively.

“I believe in the power of continuity, the work that’s been started has to be continued,” Doumbouya said during the meeting, who noted that she advocated for USS to have representation in the university’s athletics division given that the body allocates $100,000 of its funding to the department.