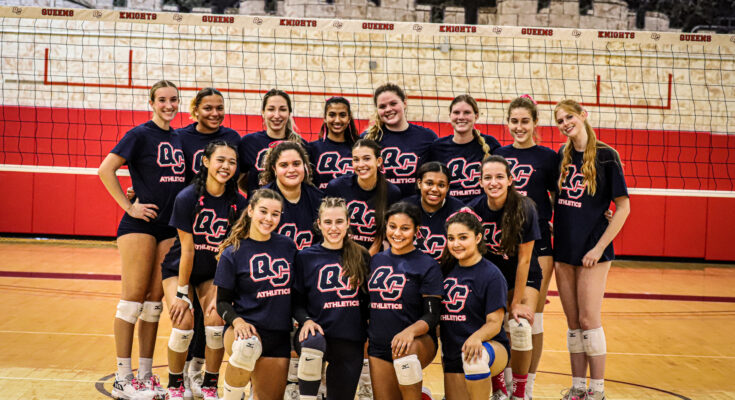 QUEENS COLLEGE—Before the season, under Head Coach Stefan Leger, the Knights women’s volleyball team had never won more than four games in a season. But right from the first practice, Coach Leger could tell this 2022 roster was different. “This year was different from previous years mentally. From the first practice in preseason, the athletes showed a determination and competitiveness that seemed to be higher than in years past. The amount of effort the team demanded of itself was evident throughout the season and was a major factor to our success,” Coach stated.

Not only did this team end a 14-year playoff drought, but they also had three members earn All-Conference Honors, something that hasn’t happened since 2008. One of these players was Captain Ryann Frontera who earned the ECC Libero of the Year and was a member of the All-Conference First-Team as a freshman.

“I feel honored to be able to play with such a talented group of girls. It is not easy changing the other conference teams’ assumptions about the previous Queens College teams. With hard work and coming together as a family, it feels so exhilarating to be in the position we are in now,” said Frontera when asked about what it felt like to be a part of this resilient Queens College team that ended the playoff drought.