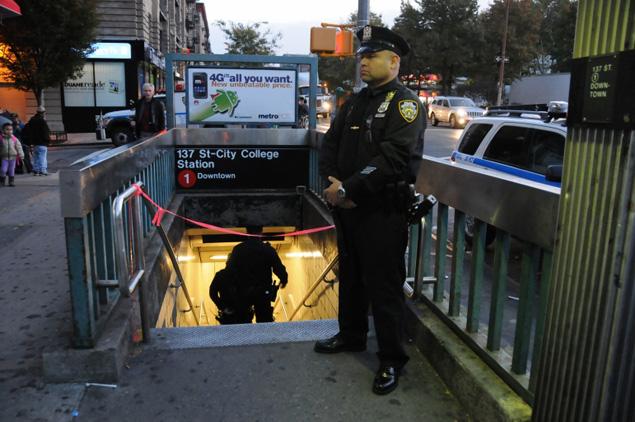 CCNY students were in disarray as subway service on the 1 line was suspended early Tuesday morning. According to The New York Daily News, an unidentified man jumped in front of the southbound 1 train at approximately 5:30 am at the City College stop, suspending service between 96th and 168th Street.

The incident disrupted service for hours, forcing many students to take a detour to CCNY Tuesday morning. “The conductor didn’t tell us anything,” says CCNY sophomore, Samin Jalil. “We were told to get off on 59th Street and take the C or D train instead.”

To add to the confusion, CCNY freshman Taylor Pompilio heard two different stories. “I didn’t know what happened at first. I was in speech class and a lot of people were late. My professor came in and told us there was a suicide on the 1 train,” says Pompilio. “Then another girl came in and said there were two suicides. The second one was on the A train so the trains were messed up. But I’m pretty positive only one train was shut down.”

There is confirmation that only one man was struck and killed on the 1 train at the 137th Street, City College stop. The New York Post reports that trains were restored at 7:35 am. By then the 1 train was able to resume its regular schedule, which may explain why many students did not know about the suicide.

CCNY Junior Kendra Rivers had to take the long way to school. “There was a major delay. I had to go back downtown to 42nd Street and take the A instead,” says Rivers. “I was so upset because the train was overcrowded and for a commute that usually takes 30 minutes, it took me about an hour and a half.”

At least we know the sad story behind the suspension of the 1 train.