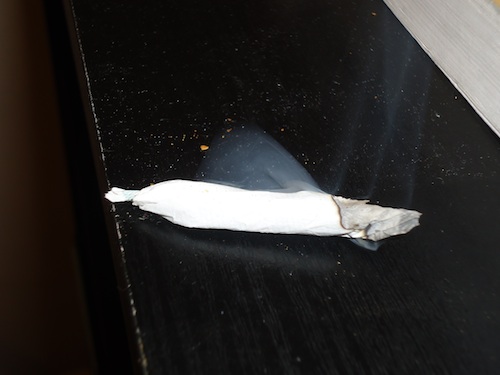 Most say “yes” but not everyone by Shanika Sealy

On election day, voters in Colorado and Washington said yes to marijuana for recreational use. But a new poll shows that Americans are split on whether pot should be legal.

A recent survey conducted by CBS News notes that half of Americans oppose making recreational marijuana legal and the other half are in favor.

How do CCNY students feel about legalizing pot for fun?

“I think it’s great,” says Quoc Le, a junior. “I think all the states should legalize it. It’s the only drug that hasn’t killed anybody.”

Pro-pot groups agree and hope to see similar referendums passed across the country. Until then, marijuana is still illegal, though Washington’s prosecutor dismissed all misdemeanor cases involving marijuana.

Like Le, many students hope to see a national law legalizing pot. Demi Rodriguez, a CCNY freshman comments, “If alcohol is legal, then marijuana should be legal.”

Le agrees: “Alcohol causes violence and destruction to the body and costs more than marijuana.”

Other students argue that legalization of marijuana would boost our economy. “You spend less money on arresting people and putting people in jail, so it will improve the economy,” says Rodriguez.

Not everyone favors legalization. Nashia Roman, a junior, believes the new law destroys society and the mind. “People will have easy access to an addictive drug that takes away cells from the brain,” she says.