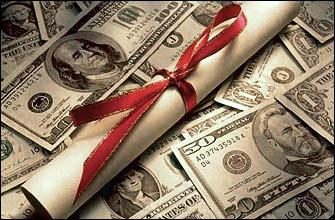 According to a new census report, focus on STEM by Erika Gomez

A bachelor’s degree is the ultimate accessory in today’s society. College graduates have slaved and sacrificed to obtain this all-important piece of paper, guaranteeing success.

But what happens when the degree you have worked so hard produces no career and little income?

According to a recent U.S. census bureau report, some  majors pay much more than others. As you may have guessed, the sciences and engineering pay the most and produce more jobs than other majors. Notes the report: “People who majored in engineering had the highest earnings of any bachelor’s degree field, at $92,000 per year and were more likely to be employed full-time, year-round.”

That’s great news for Moses Lee, a CCNY engineering and science major. The report reinforces his prospects of finding a job after graduation. “I’m definitely more optimistic about my future now!” says Lee, a junior. “It makes me feel like all the course load and all my effort is worth it in the end, like it’s not done in vain.”

Physics major Daniel Peguero is happy about the findings, but not surprised. “I understand the demand for engineering or any form of science, really, because technology is constantly evolving, new ideas are also always needed,” says Peguero, 23, as he looks at his physics textbook. “With our course load especially for engineering majors, it’s very grueling and demanding, so they [engineering majors] deserve a lot of recognition and to get more pay.”

At the opposite end of the spectrum, the report states fields such as visual arts, education, and communications pay much, with a median income of $55,000 or less.

Linnet Olmo, a 22-year-old education major graduating in the spring, says she isn’t letting the report hinder her future plans and positive outlook. “I didn’t choose my major based on money; I already knew education didn’t pay well,” says Olmo, a petite senior.  “Besides I would rather have a career that I’m passionate about than a career where I’m paid all this money and not happy.”

Jokingly, she adds, “You know that report should  rank happiness instead.”

Christian Monge-Figueroa,  a recent graduate of CCNY, agrees. “With my history degree I realized that I could take my career in many directions,” says the 23 year old. “For a while I wanted to be a high school teacher but most recently I decided to pursue law and am currently in a partnership attempting to start my own law firm.”

Although the census report may add stress to current ungrads, Monge-Figueroa offers words of encouragement for students uncertain about their future.

“We have the power to do what we want with our lives,” he says “If  one thing doesn’t work out then another oppurtnity opens up; it’s never too late.”