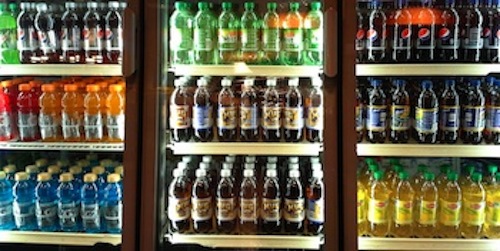 Mayor Bloomberg’s soda ban was struck down by the state Supreme Court on March 11–before it went into effect. Even as the mayor and the health department make plans to appeal the ruling, the proposed ban on sugary drinks over 16 ounces has generated heated discussions among New Yorkers, including CCNY students.

In a random survey of 50 CCNY students, a majority,  56 percent, were against the ban. Forty-two percent agreed with the major and thought it was alright if super-sized drinks were banned. Another 2 percent remained undecided.

Like Delassantos, many students believed the ban was a direct attack on their freedom of choice. Many said that the government should focus on informing rather than commanding. “It’s about educating people and offering them other options,” Delassantos says. “I believe, education is the key.”

On the other hand, those who favor of the ban point to the health benefits of limiting soda. Sugary soft drinks contribute to serious health problems like obesity, diabetes and heart diseases.

Erica Lubetkin, a community health and social medicine professor at CCNY, believes the issue isn’t so black and white. While praising the mayor’s smoking ban, she says the soda argument is a little different. “You cannot have “no-obesity” in a certain distance from school,” she says. As an alternative, Dr. Lubetkin favors “taxing unhealthy items like soda.”

She also believes that while tobacco is addictive and deadly, sugar can be consumed in moderation.“Smoking one cigarette is not good, but one cup cake might not be bad a day,” reasons Dr Lubetkin. “It’s a treat, it’s a pleasure. Many, many people can self-regulate themselves, they are not obese, they’re getting exercise and doing everything right.”

Paul Micca, a graduate student at CCNY, says that the ban wouldn’t affect him personally because he does not drink large, sugary drinks and soda. “But at the same time, I feel like you don’t need to micro-manage people’s lives or treat them like babies,” says Micca. Here’s what worries him most: “What’s next to be banned?”