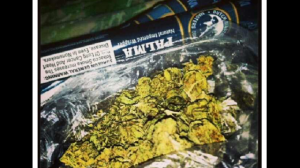 No, not yet. Colorado and Washington have legalized marijuana. Should New York be next? by Bryan Reid

Colorado and Washington State legalized marijuana in the November elections, and many other states are considering making pot legal. A recent poll found that a record number of Californians support making marijuana legal—54 percent, compared to 13 percent in 1969.  In New York City, Mayor Bloomberg is considering putting an end to the practice of booking people found with a low-level possession of marijuana.

As the discussion about marijuana continues, what do CCNY students think?

“I believe it should be legalized because it is not harmful,” says a 19-year-old film student who asked that his name be withheld. “The ways in which you smoke it can be harmful, and that is what often gets misunderstood. For example, a vaporizer will not give you any carcinogens because you are only inhaling pure tetrahydrocannabinol (THC).”

Some people believe the media gives marijuana a bad name. “It’s looked down upon because of the way it’s portrayed in movies,” says Angelique Whitley, 19, a biomedical engineer major at City College. “Movies show that people on marijuana are mostly dim witted, lacking motivation to do anything except getting high. But these movies forget to show how the people are happier and more relaxed. Society doesn’t think people can succeed if they aren’t motivated to do anything, but it’s not like that for everyone.”

New York criminalizes marijuana because it is addictive, impairs judgment, or can lead to other use of drugs. And because of these assumptions, the federal government classifies marijuana as Schedule 1, the most dangerous type of narcotic. Others argue that marijuana also has positive effects. Marijuana has been used by AIDS very ill patients to ease nausea and delirium, help with eating disorders, and is a less toxic way to relax.

Some note that compared to the use of alcohol, marijuana is safer and rarely creates a violent atmosphere.  Concludes film student Tarrick: “I find alcohol more dangerous.”