What now? A new proposal to raise taxes and age minimums by Helene Werckmeister

Mayor Michael Bloomberg has been fighting tobacco for years now. In 2002, he created a successful campaign to ban smoking in bars and bar areas of restaurants, and the law went into effect in March 2003. Since May 2011, smoking has been prohibited in almost all public spaces, and a new proposal would force stores to keep cigarettes out of sight from customers until customers request them.

Now Bloomberg has a new scheme to get people to quit smoking: raising the taxes on packs of cigarettes and increasing the minimum age for tobacco purchases from 18 to 21 years.

City Council speaker Christine Quinn has taken up the mayor’s cause. “With this legislation, we’ll be targeting the age group at which the overwhelming majority of smokers start,” Quinn, a candidate for mayor, said in a public announcement.

Raising the price of a packet of cigarettes and the legal age angers retailers who sell tobacco. “This mayor must be the great Houdini, because in 2001, when he took office, we were selling 42 million cartons of cigarettes in the City of New York,” says David Schwartz, a representative of the New York Association of Grocery Stores, at a public conference. “The great Houdini waved his magic wand and all of a sudden, in 2013 we’re selling 7 million cartons of cigarettes. This mayor and this council have created the largest black market we have ever seen,” adds Schwartz. 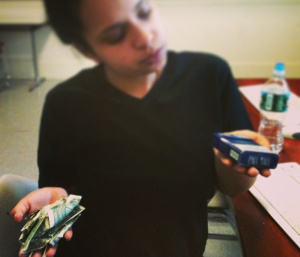 Student smokers, already coping with many expenses, don’t like the idea either. “ I’m a smoker. Not that much… well ok sometimes I can smoke like a pack per day. If they keep raising the price, it’s gonna be so expensive,” says Johan E., a CCNY student. “And I don’t want to quit! Everything is so expensive”

Kaitlin Hernandez, another smoker, is also annoyed by the law. “I don’t know if it’s the best options to make people stop smoking” says the senior. “I won’t stop because I’m really not a big smoker. But come on… we already can’t drink before 21, please let us keep the cigarettes!”

Will rise the age of smoking and increased taxes on tobacco reduce smoking? Researchers think so. Most of the states with the highest state taxes count the lowest number of teen smokers. For instance, New York already has the highest state tax in the nation ($4.35) and only 12.5 % of teens smoke, far below the national average of 18%. On the other hand, Kentucky has one of the lowest state tax rates (60 cents); however, its teen smoking rate is three times the rate in New York.

Some students agree that raising the price would reduce the number of smokers. “I think it’s good, and it will probably help me stop smoking,” says Djordje Janicijevic.. Or maybe, he adds, “I’ll buy sometimes in some other states, where it’s cheaper.”