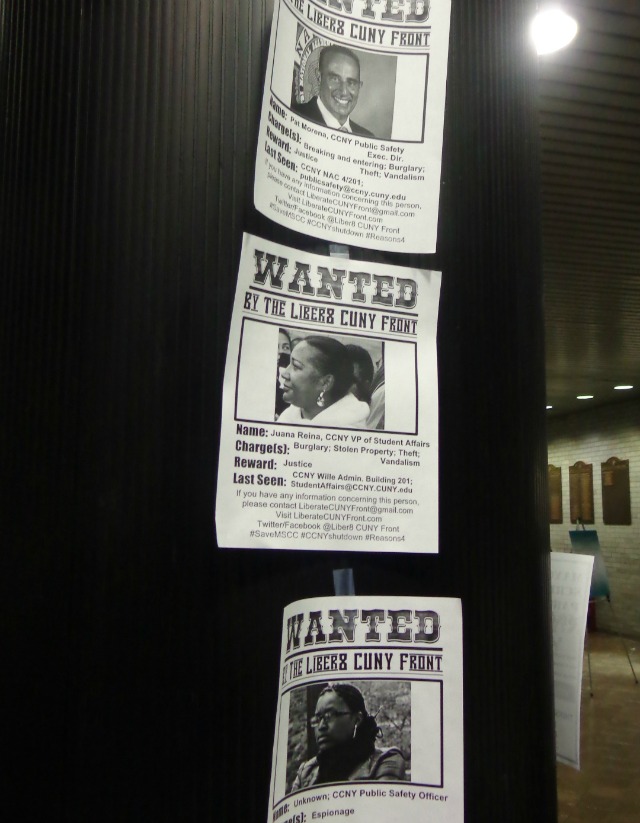 CCNY students involved in the ongoing struggle for the Guillermo Morales-Assata Shakur Community & Student Center held multiple open mics in the NAC Rotunda Thursday afternoon (you can see there here, here and here).

One student yelled a list of demands to the administration, including returning the center and apologizing for its seizure. Another spoke of the victories won by student groups using the space, including 24/7 library access during midterms and gender-neutral bathrooms. One of the speakers told The Campus more actions are pending.