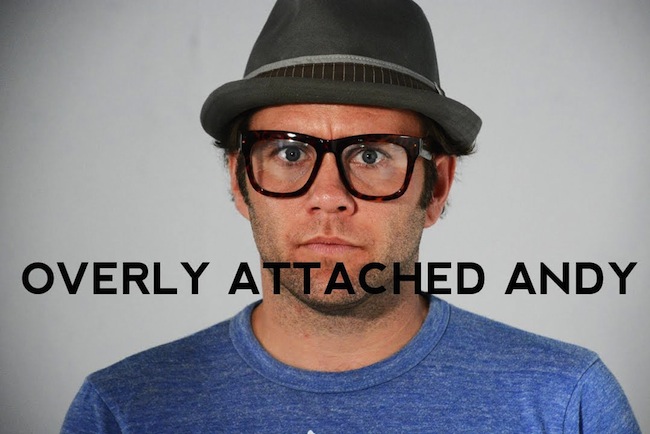 Every single day, millions of people share their personal videos on the popular website, YouTube.  Since the site allows anyone to post content, it can often be mistaken as just another form of social media. Producers like Jane Kelly Kosek, argue that YouTube offers much more than that. Like her, many young producers hope to build an audience on the site, and eventually make a hefty profit.

Kosek, like a growing number of aspiring filmmakers, has created her own online web-series. She and her producing partner, Leena Pendharkar, debuted their new show, “Overly Attached Andy” on October 15th. The series, about the dating adventures of an LA hipster, has new episodes released on So Natural TV every Tuesday.  Last month, the women shared their thoughts with a journalism class at CCNY via Google hangout about how they put it all together.

Video websites make it easier for filmmakers to branch out and become noticed even if they don’t have much money. Kosek, 44, says, “Don’t let money stop you. You have to just get out there and do it, no matter what.”

With the easy accessibility of YouTube, viewers can watch videos practically anywhere.  Still whether on computers, tablets, phones, or even TV’S, building an audience online can still be a challenge. To attract fans, Pendharkar and Kosek purposely aligned their show with the extremely popular web series “Overly Attached Girlfriend” which has close to a million followers. “For us, we felt like it’s really good to tap into some fan base that already has a market,” says Kosek. “This would tie into the whole marketing angle. What can we build from that already has an audience?”

Making a profit through the web isn’t easy either. YouTube is made up of thousands of management companies that earn money from advertisers. They take a percentage for themselves, then share a percentage with producers. The “Overly Attached” partners aren’t looking for a quick profit. “We feel as a small channel it’s better for us to grow on our own first,” says Kosek, “and get to a point where we need a bigger network.”

Kosek and Pendharkar plan to create spin off shows with the characters from “Overly Attached Andy.” Subscribe to So Natural TV to see new episodes every Tuesday, and be the first to hear about their next chapter. For more student stories, click here.