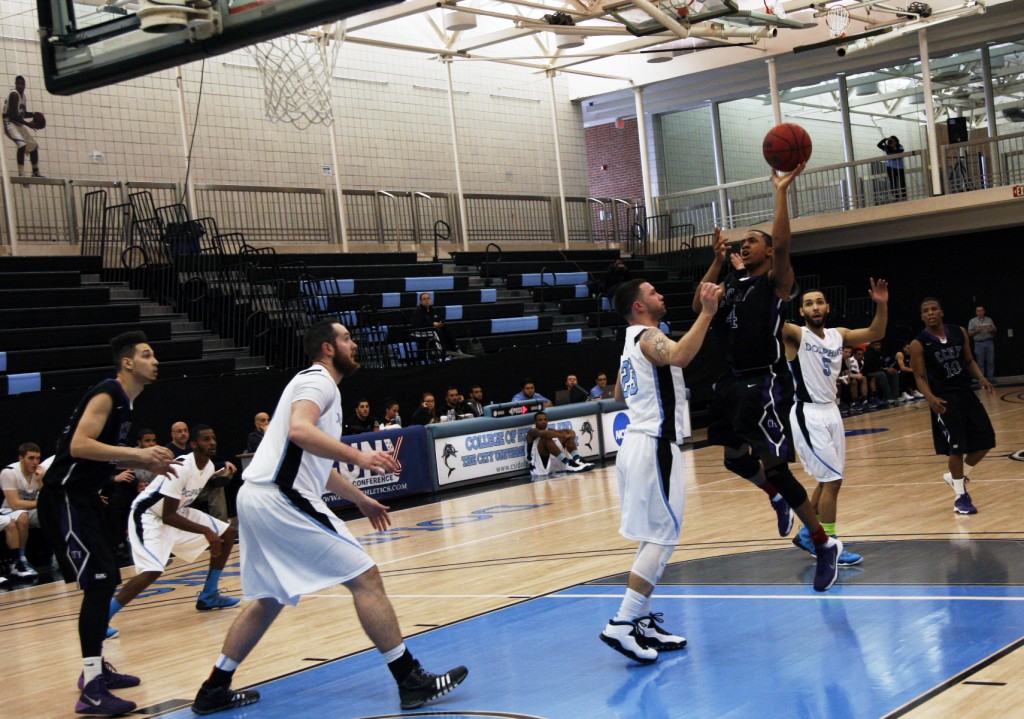 Lareik Taylor tries to drive inside against CSI in the CUNYAC Quarterfinal Saturday. Taylor, along with the rest of the CCNY offense, was shut down Saturday by a tough Dolphin defense.
Photo by Jeff Weisinger

To call CCNY’s 85-47 CUNYAC quarterfinal loss at top-seeded College of Staten Island surprising would be a lie, considering that CSI was favored to win Saturday, and is the favorite to win the CUNYAC for the third year in a row.  But to see the Beavers look like more of a formality for the Dolphins wasn’t exactly what anyone had in mind either.  Especially for the kids out of Harlem.

The Beavers shooting woes continued, and were highlighted as CCNY shot a season-low 20.8-percent from the court, making just 15 out of their season high 72 shots, including just 7-for-30 from three point range.

Junior Jordan Ortega scored a game high 10 points for the Beavers as the lone player to score in double digits.  Manfred Cadet scored eight while both senior Nathan Lopez and freshman Francis Kilinski had seven each. 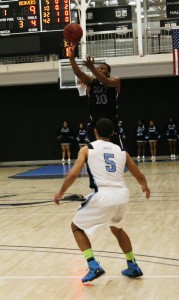 Cadet struggled shooting on the day as well, going just 2-for-7 from the court for just eight points.
Photo by Jeff Weisinger

“We had a gameplan going in,” head coach Tom Green said after the game.

“We expected to come out with a certain amount of energy,” Taylor added.

“They’re the best team in the league,” Green said about CSI after the game.  “And I think they’re better this year.  You got to see the bar CSI set.”

Manfred Cadet’s layup ended the 13-0 Dolphin run nearly eight minutes into the game to put the Beavers on the board, while Saleh Nasser’s steal and layup in transition made it 13-4 with 12:22 left in the game.

CCNY failed to score over 20 points in the first half of a playoff game for the second straight year, and the 12-point performance marks their lowest half total since scoring just 15 points in their playoff game at Baruch last February.

The 26-point hole was too much for CCNY, as the Dolphins outscored the Beavers 47-35 in the second half to cruise for the playoff advancing win.