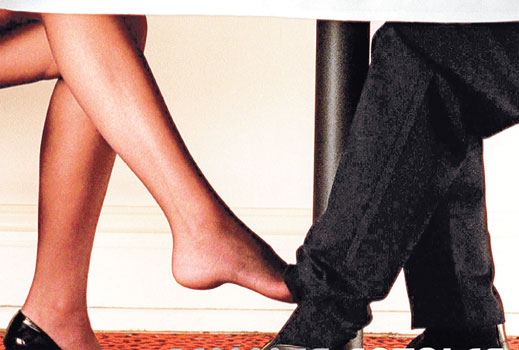 Last week, a couple of other students getting busy at the library forced Vivianna Smith find another place to study. Finding a condom wrapper in one of the individual study rooms on the 3rd floor of Cohen was the last straw. “I know so many people who have sex in school,” says Smith. “But seeing a nasty condom wrapper right next to me grosses me out.”

With hormones stress and hormones raging, news that students are having sex shouldn’t come as a complete surprise. And at a commuter school like CCNY, it’s hard to find a place to take “study breaks” around campus. But still! 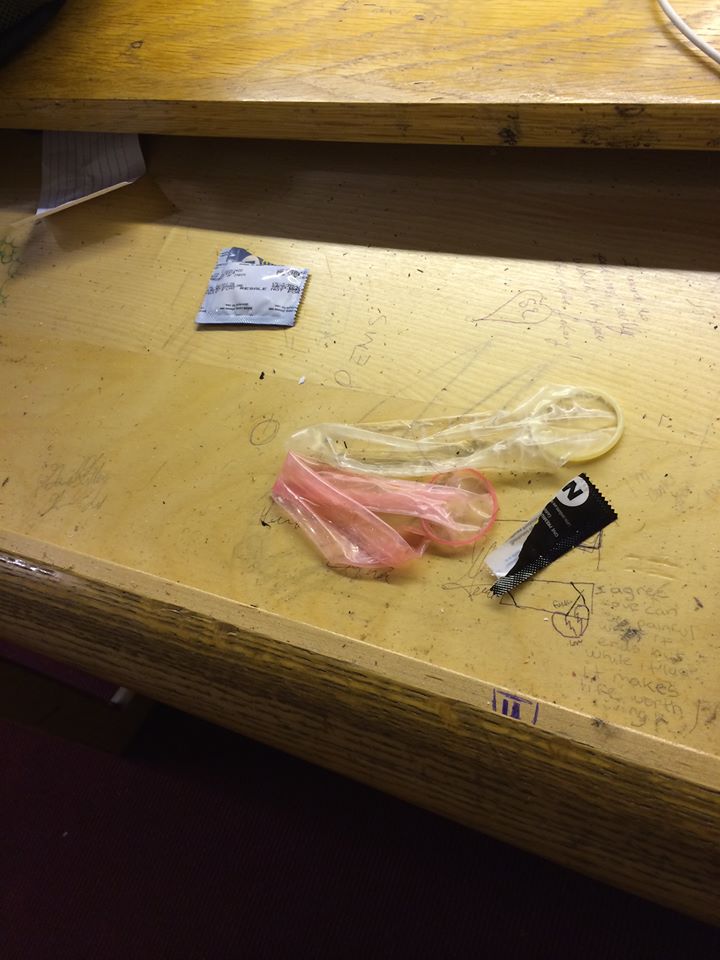 Maybe this photo from CCNY Secrets was staged. But–uck

The CCNY Secrets Facebook page is full of tales of sex all around City College. A contributor recently posted a shot of used condoms and condom wrappers found in the library. The caption: “CCNY looks more like a hotel than a college.”

Junior Sean Beck has also witnessed sex on campus, this time in Shepard Hall’s 7th floor in the personal piano rooms. “It was hilarious, they had just walked out of doing it, and thought I wouldn’t notice,” says Beck.

Though it may not be an issue for Beck, other students are disgusted by the lack of disrespect for the campus. Vivianna Smith has had enough: “When will they become more strict on the security guards to stop this disgusting habit?”