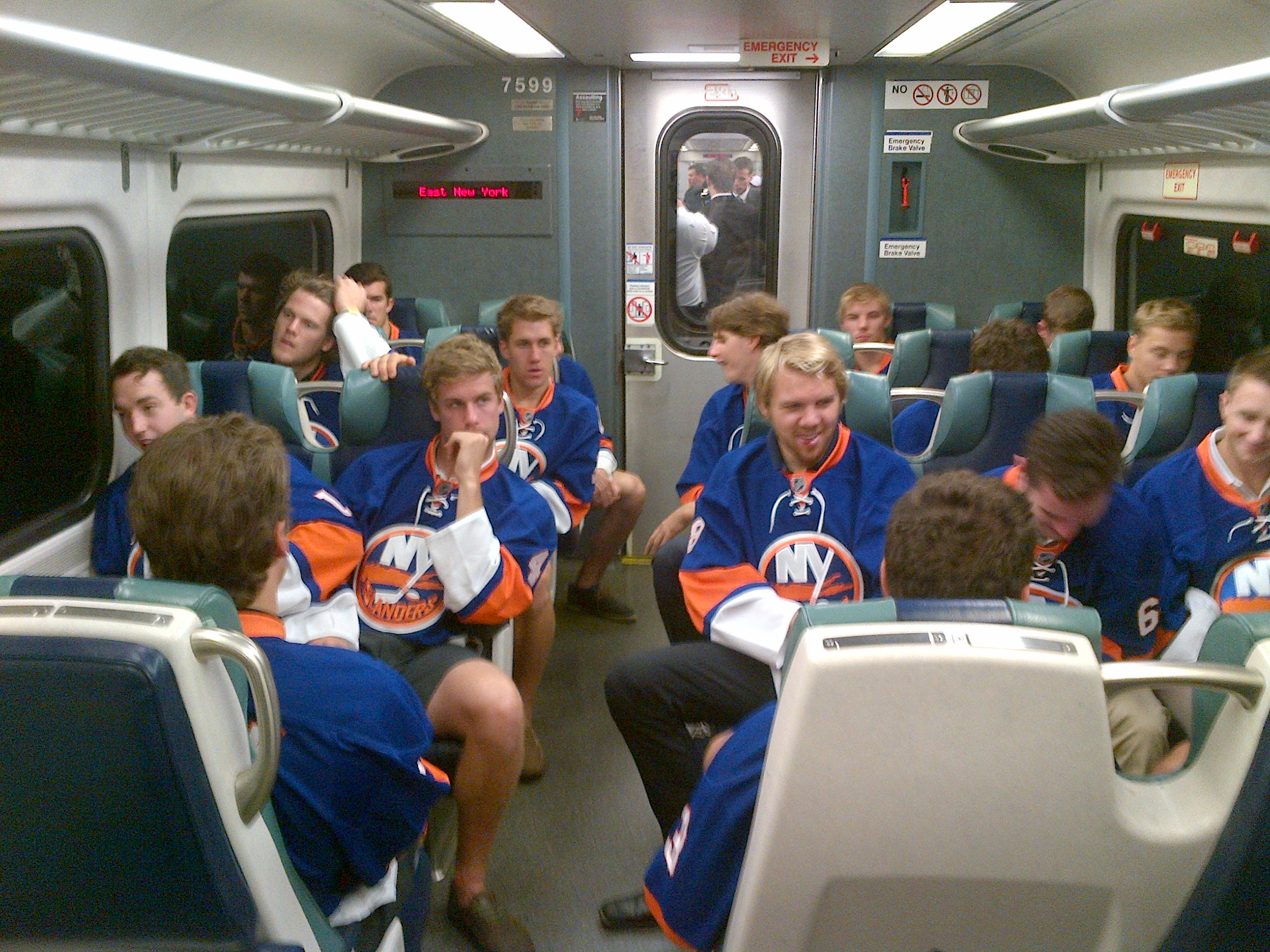 As the Islanders make the move to Brooklyn, they hope to make one last Stanley Cup run in Long Island. PHOTO/ Wikipedia Creative Commons

The New York Islanders were one of the busiest teams during this past offseason, and rightfully so. The Islanders finished with a disappointing 34-27-11 record last season, landing them in last place in the National Hockey League’s Metropolitan division and third-to-last in the Eastern Conference. This below-par performance put extra pressure on General Manager Garth Snow, who undoubtedly had his hands full as he looked to address the issues his team faced in the 2013 season.

Snow has faced his share of ridicule in the past, but this offseason he appeared to address every major weakness the Islanders had. His first order of business was to completely revamp the goaltending situation, electing not to re-sign the 39-year-old Evgeni Nabokov, whose save percentage of .905 and goals allowed for an average of 2.74, ranked 40th and 35th, respectively, among eligible goalies last season. When looking at recent Stanley Cup winners, great goaltending is a common thread between them all. Snow pulled off a bold move by trading Nabokov to the Washington Capitals in exchange for goalie Jaroslav Halak. Halak was signed by the team to a modest four-year, $16 million-deal and will be the starting goalie for the Islanders come opening night. Although Halak has never played a full season, he will certainly be an upgrade in the net. Former Boston Bruins goalie Chad Johnson was also brought in and will back up Halak while providing much-needed depth. Halak’s move to Long Island will give him his first opportunity to be the sole man in net.

“Obviously, it’s a big opportunity for me, to prove to myself that I can play in this league,” Halak told BarclaysCenter.com. “I think I belong.”

After addressing the vital goaltender position, Snow’s next task was to improve the offense, which had produced poor results outside of the first line. Once free agency started this summer, and names like Thomas Vanek and Jerome Iginla, among others, flew off of the free agency board, fans’ anxiety became tangible. However, Snow knew exactly what he was doing, deciding not to overpay any of the big names out there and instead to sign center Mikhail Grabovski and forward Nikolai Kulemin to four-year deals. While there is some risk in this decision, Grabovski and Kulemin have already built chemistry after playing together for five years on the Toronto Maple Leafs, which may ease their transition on to the Islanders.

Grabovski will get the opportunity to play with second-year players Brock Nelson and Ryan Strome, players on whom Snow and the Islanders will be counting. Nelson brings a NHL-ready frame to the Isles at 6 foot 3 and 205 lbs, and is capable of playing both the wing and center positions. Strome, who is 21years old, got a lengthy stint adapting into the NHL towards the end of last season, playing in 37 games and registering 18 points. Strome is the more skilled of the two and will likely play in this league for a long time, but doesn’t have the dominant frame Nelson has at this level. Both players will need to contribute on offense to relieve some of the pressure that’s on first-line players Kyle Okposo and captain John Tavares.

Snow may move to shore up the team’s goaltending and offense, but perhaps the most important area for him to address was the Islanders’ defense. Due to oft-injured veterans, a heavy reliance on rookies, and inconsistent goaltending, the Islanders allowed the third-most goals in the NHL last season. With veteran Lubomir Visnovsky and rookie sensation Calvin de Haan, on the shelf due to injury, the team’s defense seemed destined to repeat last years struggles, until Snow pulled off what was perhaps his biggest move of the offseason.

“It’s sad to say goodbye, but now it’s a new beginning and there’s some good things that’ll be happening here,” Boychuk said. “I know I’ll be having a bigger role than I had in Boston. I’m up for the challenge and I can’t wait to get in front of these fans. There’s good things happening for us.”

Boychuk and Leddy will not only help the team on the ice, but they will also serve as mentors to the young Islanders’ defense, including rookie Griffin Reinhart. Reinhart is regarded as one of the Islanders top prospects after being selected fourth overall in the 2012 NHL draft, and after making the Islanders’ roster out of training camp, he will look to prove he’s ready to stay.

With all of the moves Snow pulled off during the off-season, the Islanders are hoping this season will bring an improvement to their disappointing campaign last season. Snow has given fans a reason to be excited, and the team will try to give them one last memorable seasons they can as they prepare to depart Long Island.