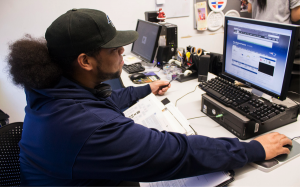 Kick off, puck drop, opening tip: For the sports fanatics here at John Jay, there are seldom phrases they enjoy more. Watching and rooting for a favorite team offers an escape from the every day pressures of being a student.

Starting in October, this escape becomes a bit more of a distraction as three of the four major sports are starting their seasons. The NHL, NBA, and NFL are all in the midst of their seasons; so, there are games on every day from each sport to distract students as they attempt to pass their classes as they fly their teams’ colors.

The main sports that people watch are football and basketball, while some others like hockey, tennis, wrestling. Some like European soccer, whose popularity has been on the rise in recent times.