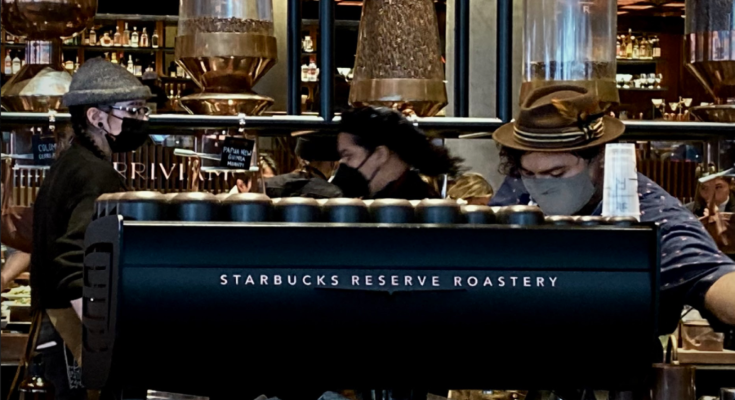 BARUCH COLLEGE–Starbucks Corp. suffered another blow to its anti-union efforts over the weekend, as the Starbucks Reserve Roastery in New York City joined eight of the other 9,000 company-owned locations nationwide in forming a union.

The roastery in the Chelsea neighborhood of Manhattan filed a petition to unionize to the National Labor Relations Board on Feb. 10, initially requesting a vote on March 3. Starbucks delayed the vote to April 1.

“I’m proud of the culmination of our efforts to make our workplaces more democratic and equitable,” employee Ley Kido said in a statement from the Starbucks Workers United union. “Community is a value near and dear to my heart and I’m grateful and joyous to be in solidarity with my peers.”